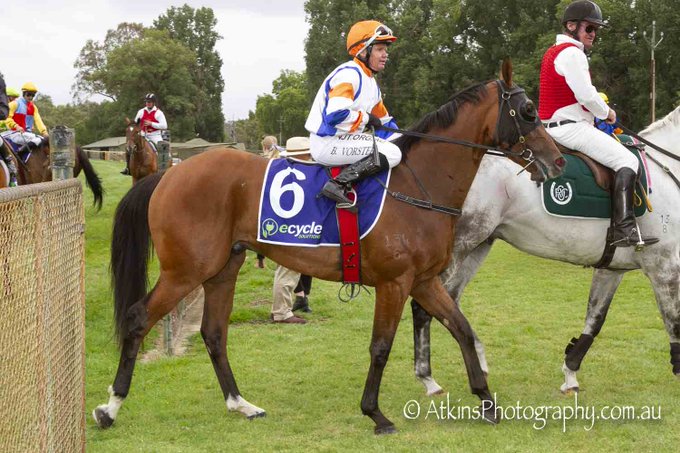 Trainers Tony & Calvin McEvoy look to have a promising three-year-old stayer in Zoffala which broke through for a debut win at Oakbank on Wednesday, January 22.

Having only his fourth start, and just his second this preparation, Zoffala drove through to score a head win in the Neutrog Maiden (1900m).

John Cornell, South Australian stable foreman for the McEvoys, said the gelded son of Zoffany was a definite improver.

“He had a nice trial over 1450 metres at Tatura in Victoria to ready him for this campaign,” Cornell said.

“Tony’s always had an opinion that he needs a trip to produce his best form.

“Being a Zoffany horse they generally take a bit of time as well and he’s just coming into his own.

“The experience of Barend summed it up on the home turn when the leader drifted out.

“He knew where he had to be and cut back to the inside.”

Cornell said Zoffala had run well finishing third when resuming over 1506 metres at Gawler on January 4.

“He had to swap and change course several times up the home straight and could have made it interesting at the finish.

“Coming in today, we were fairly confident.”

“I think with time when he is a bit older and stronger, he can develop into a good stayer,” Vorster said.

“He was just second up today and had to battle hard for the win.

“Coming down the hill I had to put him under pressure, then switch course turning for home.

“He responded really well and fought on strongly.”

Zoffala was purchased for $40,000 by McEvoy Mitchell Racing at the 2018 Inglis Classic Yearling Sale and has a large group of owners including former top SA race caller Jamie Braidwood.