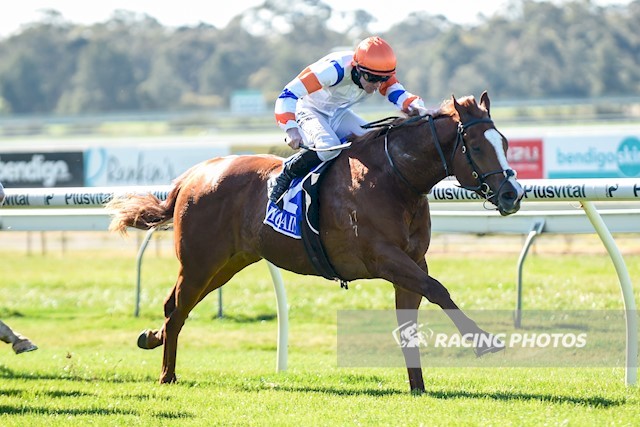 The Tony & Calvin McEvoy- trained Zeppa resumed from a spell with a tough all-the-way win at Bendigo on Wednesday, July 29.

Starting the $4.20 favourite, and ridden by John Allen, Zeppa lasted to score a short half head win from Perfect World ($6) with Inkerman Road ($20), a short neck away third in the C+M Building Group Maiden (1300m).

The gelding had raced only once previously, back on December 14 last year, when a good fourth over 1100 metres at Flemington.

The McEvoys gave Zeppa a good base to resume over 1300 metres including a good jump out.

Jockey John Allen seized the initiative when no-one seemed keen to lead and assumed control where he was able to dictate the tempo.

Zeppa gave a good kick entering the home straight and although getting tired on the line lasted to win.

Melbourne stable foreman Michael Shepherdson believes Zeppa can step up in tougher races in the city later in his preparation.

“A lot of benefit will come out of this run,” Shepherdson said.

“It was a really good performance.

“Johnny (Allen) grabbed the race by the scruff and just rated him in front.

“It was probably a bit foreign to him being up in front and he probably didn’t quite know what to do.

“We’ll take him home, assess him and wait two or three weeks for another run.

“It was a nice launching pad going into a spring campaign.”

Winning jockey John Allen was impressed by the win.