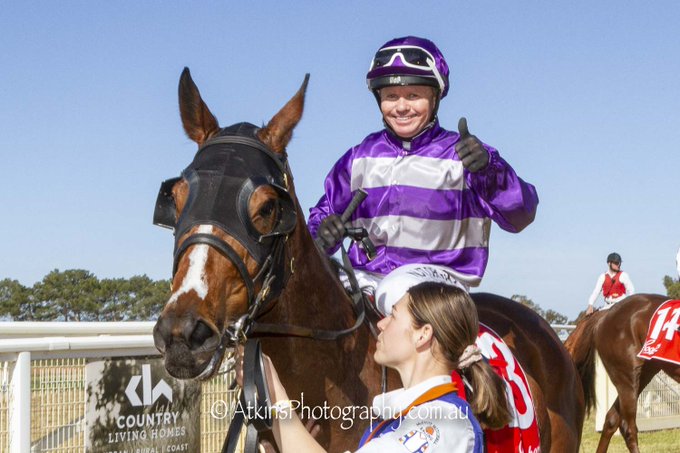 The win also brought up a two-state double for the McEvoys following Zeppa’s win at Bendigo in Victoria earlier in the day.

The filly, ridden by Barend Vorster, was having her first run from a spell and settled midfield, a little wide.

Vorster was keen to bring her to the extreme outside of the track in the home straight and the filly wound up strongly to race past her rivals to win easily.

“Ian, who retains part ownership, has been a good supporter of the stable, breeds nice horses and looks to have a really nice city-class performer here,” McEvoy said.

“She is a big, leggy filly. It was a b it of a surprise when we got her to the races at the end of last year because she was all skin and bone really.

“The time we have given her she has grown into that frame a little bit more.

“She still looks like a model but she’s much more furnished and it really showed in that performance.

“It was very disappointing to have to be coming to the outside when there’s been no rain, I think that is a real concern.

“When she drew barrier 13 I was a little concerned, but it proved to be like barrier one.”

“I like the way she has come back this prep,” Vorster said.

“She began well and initially I thought I was going to get caught three deep with cover which would have been okay.

“The pace was nice and solid and they stretched out a bit which allowed me to slot in one more.

“I had to be nice and patient with her and wait for the home straight.

“She really quickened and put them away early in the straight.

“It is very obvious that out wide is where the highway is.

“I thought the track was alright, even on the inside, but out wide the traffic goes there with the vehicles and the grass was a bit thinner.”