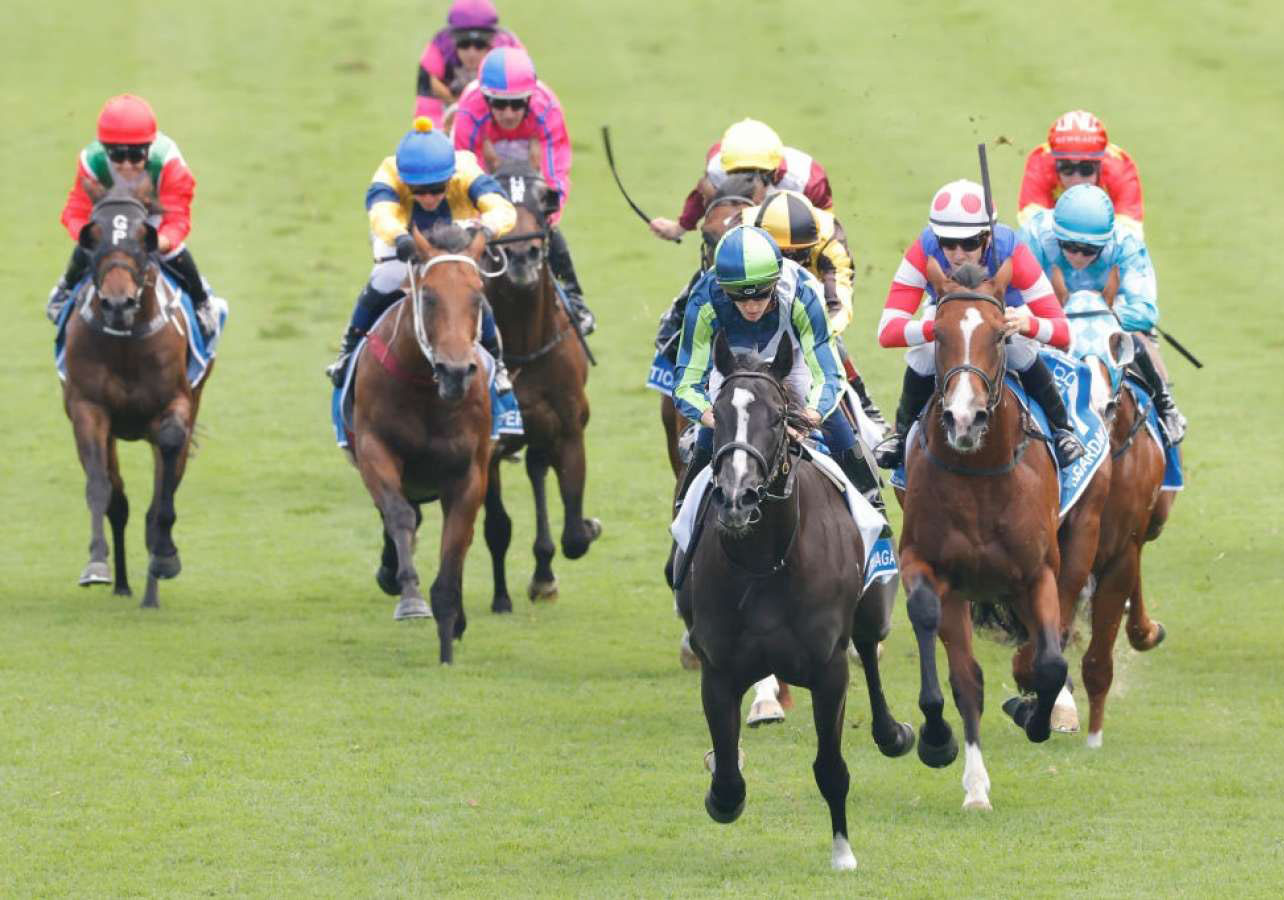 Trainers Tony & Calvin McEvoy have an exciting two-year-old in Xtravagant Star, a dominant winner of the $2 million Inglis Millennium (1100m) at Royal Randwick.

Sitting on the leaders in the run to the home turn, Xtravagant Star ($13 into $7), ridden by Chad Schofield, sprinted away over the final 200 metres to win easily.

For the trainers, it was the icing on the cake as they had prepared a double at Morphettville Parks earlier in the day.

Xtravagant Star began quickly but a pair of runners were keen to lead, and Schofield was able to take the sit in the run to the home turn.

He allowed the filly to stride up shortly after straightening, holding her together, before dashing away to victory over the final stages.

“That was bloody good,” McEvoy said.

“She is a really good filly, always showed us a bit of talent.

“We went to a race at Geelong (for her debut), pretty confident, but she had a fight to win it and showed she has got speed and is tough.

“The ownership group were very comfortable to come to the Millennium.

“For her to come away for her first trip from home, and the way she has handled herself and accepted everything, is just magnificent, a big thrill.

“She pinged the gate, and Chad (Schofield) thought she would lead but he was a bit nervous there was going to be too much pressure, so he was very quiet.

“She didn’t really want to come back and threw her head at one stage, then she accepted it, and is a quality, quality filly.”

McEvoy would not be drawn into the plans for Xtravagant Star.

“We have got some beautiful decisions to make,” he said.

“We can go to the (Blue) Diamond in three weeks, or we can just concentrate on the (Golden) Slipper.

“It is a bit hard to do both, I think. We’ll just enjoy today then make some decisions in a few days.”

“She was the first to leave the machines, and pre-race I thought we might have to drop her in as there was a bit of speed on our inside.

“But she was way too fast and cleared them easily, and I had a perfect run with cover throughout.

“She travelled very well with the cover, then I hit the front a long way from home.

“So, for a Melbourne filly, a two-year-old, it was a good effort, she was strong to the line.”