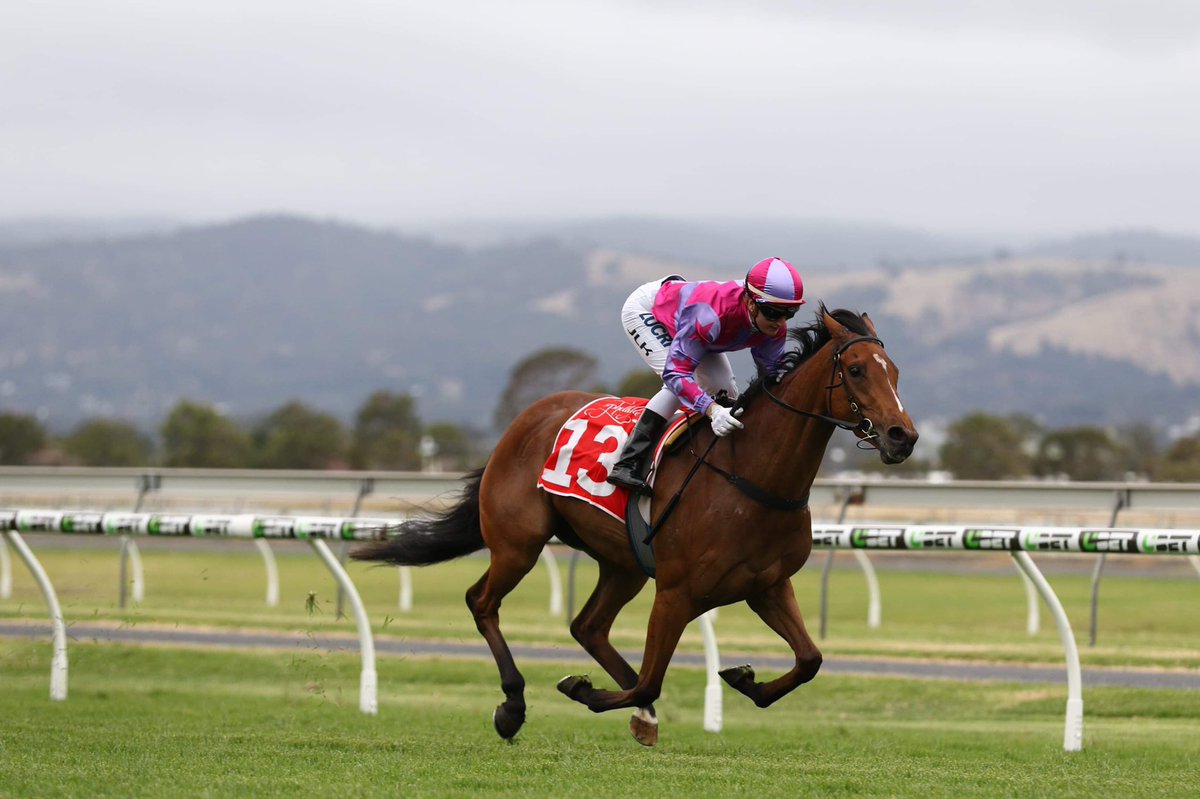 “We might have an Oaks filly,” said trainer Tony McEvoy after String Theory made a winning debut at Morphettville on Friday, December 14.

String Theory brought up a double for McEvoy at the meeting following the victory by Yulong Star earlier the day.

“Not many horses can win at 1600 metres at their first start,” McEvoy said.

“We bought her as an Oaks filly. She is by Camelot, a Derby winner who has sired a Derby winner, out of a Danehill Dancer mare who stayed and has produced stayers.

“A lot of credit has to go to Jamie.

“The filly has never shown us any speed at home, but Jamie allowed her to roll forward and sit outside the speed and that was crucial.

“From her spot Jamie controlled the tempo and the filly showed her talent drawing clear in the home straight.”

“I’ll see how she comes through the race before looking for her next run.”