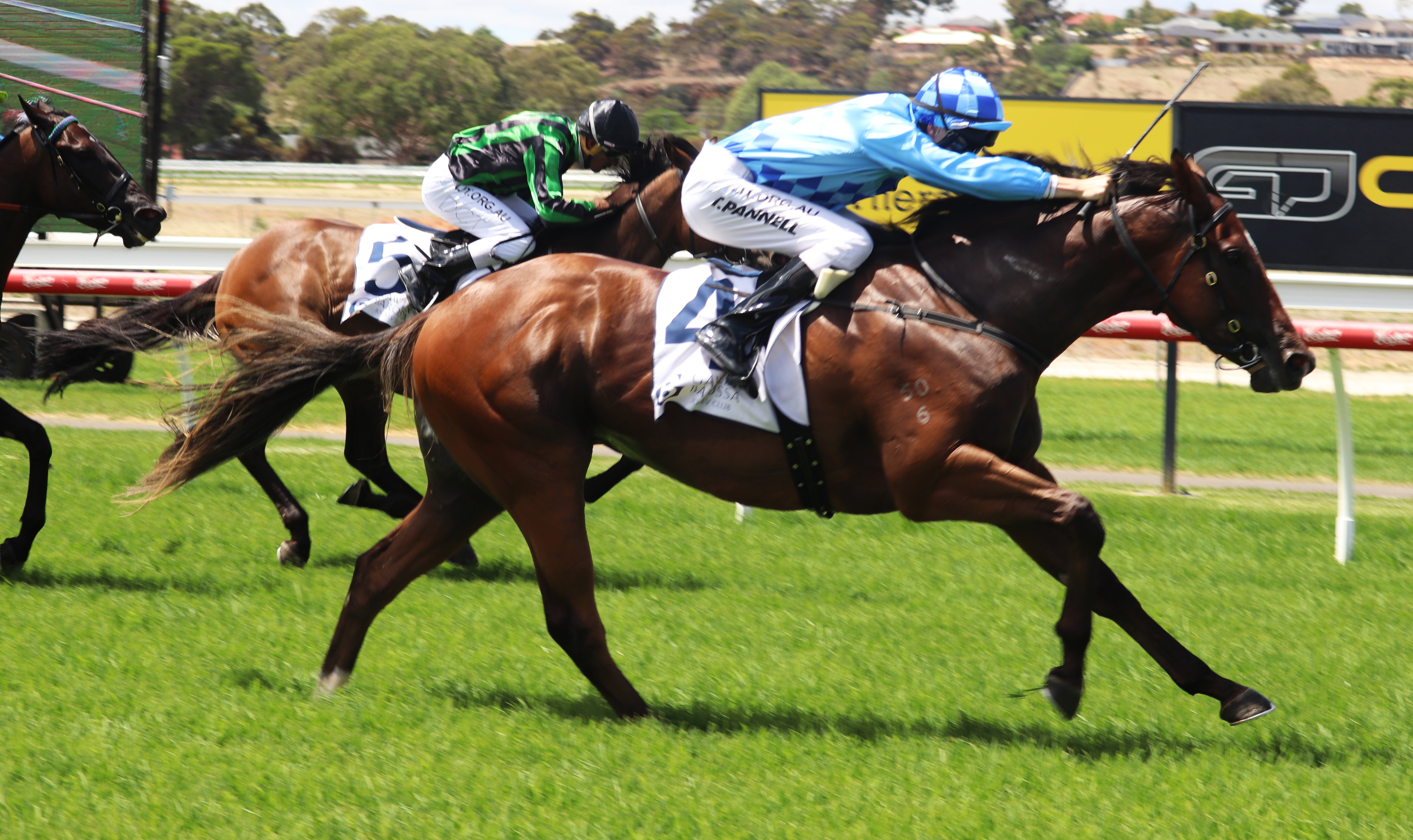 Our Deep Agenda marked himself as an improver for trainers Tony & Calvin McEvoy with a strong maiden win at Gawler on Wednesday, February 12.

Pannell had the three-year-old away well to lead early before handing up and settling second.

He looked to be in control as the field turned for home coming away from the inside and quickly gathering in the leader.

Suddenly, the gelding ducked out sharply to the centre of the course, but the jockey kept him balanced and Our Deep Agenda ran through the line strongly to win.

Trainer Calvin McEvoy said the winner had taken a time to start to fulfil his potential.

“We didn’t think it would take this long to win a maiden,” McEvoy said.

“I’ve been so pleased with the improvement he has made over the past fortnight.

“I came here confident, but he still did a bit wrong in the home straight.

“We tried him with blinkers on, but he was a bit too strong through the bridle.

“After today he needs something on his head to straighten him up.

“Being by Deep Field, he has taken a while to get there but well done to Peter Katelanis and his owners, they have been patient.

“I think he will improve and they will be rewarded.”

“There was a nice clip in the race, and I was able to get good cover,” Pannell said.

“But he got a bit lost soon after straightening.

“He did everything right until the pressure really went on.

“He was just lost all the way up the straight.

“From the 300 metres he wasn’t going forward but rather veering out, looking around and he can be a bit of a timid horse.

“He’s definitely a nice horse, he’s just not there yet.

“I got a little bit vocal on him to try and keep him straight and hopefully he will improve from this.”