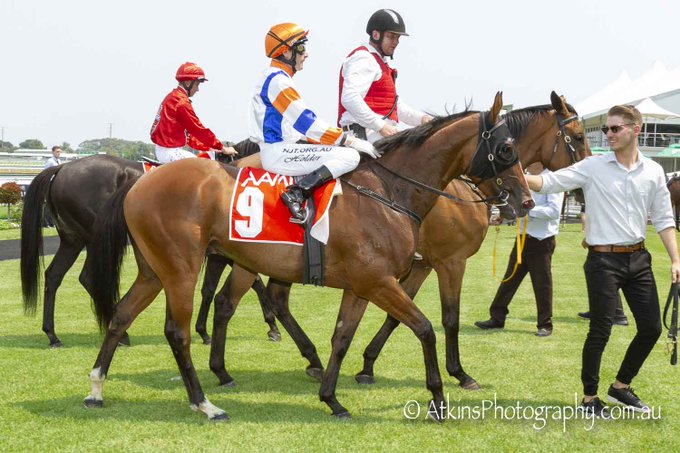 A brilliant ride by Jason Holder enabled Zoffala to win his second race in a row at Morphettville Parks on Saturday, February 8.

Settling second last in the field of nine in the AAMI Handicap (1950m), Holder recognised the extremely slow tempo of the race and mid-race allowed Zoffala to stride around and take the lead.

Once in front, the three-year-old was ab le to dictate and outstay his rivals.

A lightly raced galloper, the gelding has improved from a spell.

He followed an unlucky first up third at Gawler over 1506m, with a tough maiden win over 1900m at Oakbank, and improved again today to step up to city company and win well.

“He should nearly be unbeaten this prep,” Cornell said.

“He got held up several times in the home straight when he was a first up third at Gawler.

“The horse has no real turn of foot but stays on well and we told him to be prominent on the home turn.

“When there was no speed, he used his brains and went around to the front and from then he was just too strong.

“Zoffala is an improving type and I’m sure Tony & Calvin will now look to stepping him up to tougher company to see exactly where he fits among his age.

“He’s only three once so obviously they would look to see if he was a Derby hopeful.

“Jason was impressed by the horse ands believes he will be even better over more ground.”