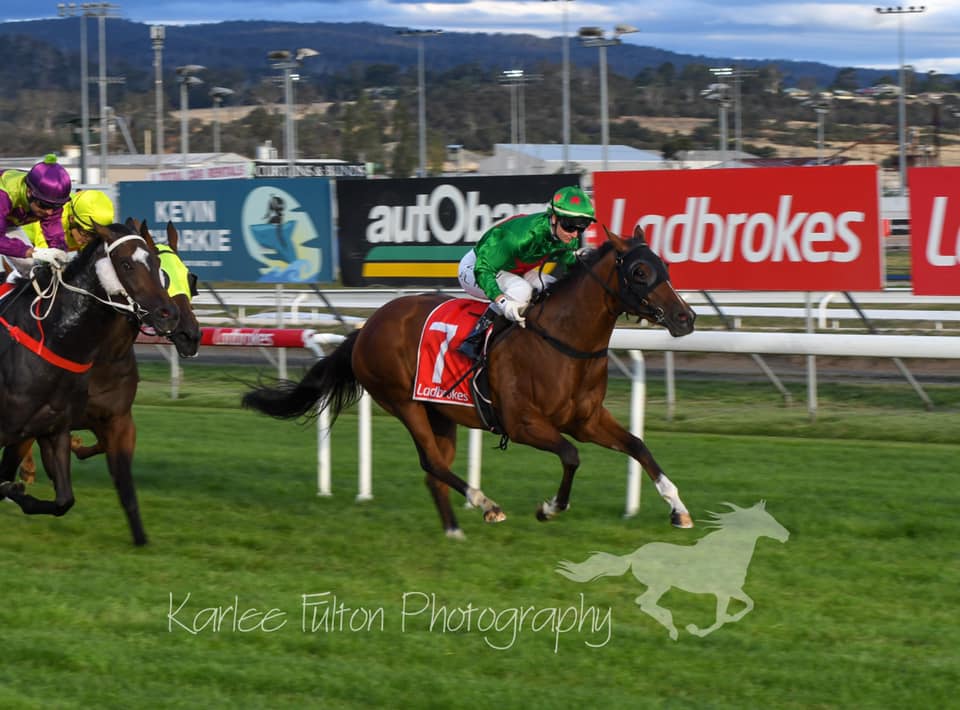 An astute decision by trainers Tony & Calvin McEvoy resulted in two-year-old filly Jyoti picking up a feature win at Launceston in Tasmania on Wednesday, February 12.

The trainers had discussed with owner Craig Dunn the possibility of running Jyoti in a Blue Diamond Prelude, but trainer Tony McEvoy suggested the $150,000 Listed ALFA Gold Sovereign (1220m) might be a better option and he was proved correct.

A well backed $1.80 favourite, the filly, ridden by Jamie Kah, showed great courage to lead all the way up the home straight and score a long head win from Gee Gee Josie ($8.50) with Avenue Of Pleasure ($9) a similar margin away third.

Trainer Tony McEvoy was full of admiration for Jyoti.

“She was there to be beaten,” he said.

“The others were coming over the final 200 metres, but she refused to give in and showed great courage to grab the win.

“To picked up a black type win at just her third start is fantastic for the filly and for Craig.

“I wasn’t sure the hustle and bustle of the Blue Diamond series would suit her and that is why I picked out this race.

“Jamie was able to position her right behind the leaders early, then got an inside run on the turn and she held them out all the way up the straight.”

McEvoy said Jyoti would be returned to the mainland.

“I will look at races during the Melbourne and Adelaide programs to find her next run.”

Jyoti now has two wins and a second from just three runs already taking her stakemoney to $120,000.