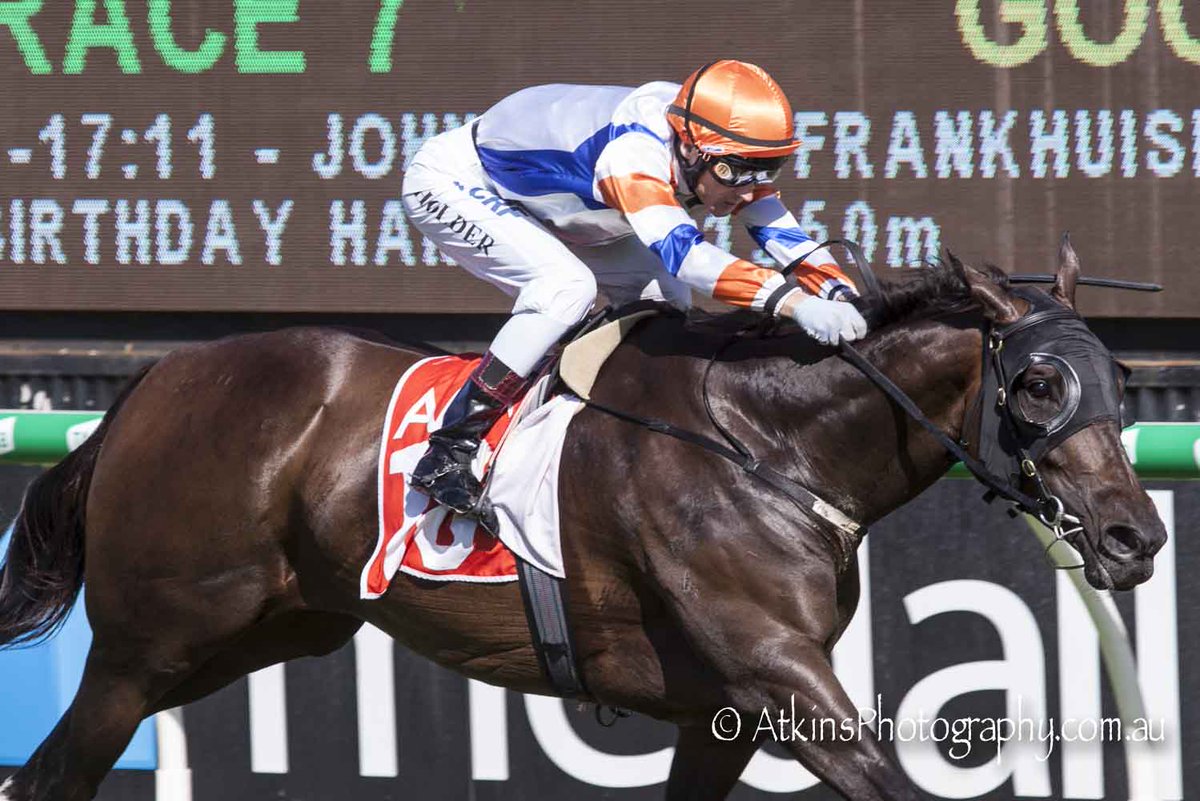 Lightly-raced Light The Waves, trained by Tony McEvoy, looks to have a promising staying future.

Light The Waves ($6) powered home from the tail of the field to easily win the John Senior Frankhuisen 83rd Birthday Handicap (1550m). She won by 2-1/4 lengths from Jackthegiantslayer ($11) with Enki ($3.30 favourite), a head away third.

“She is going to be a nice mare,” said assistant trainer Calvin McEvoy. “She has the makings of a nice stayer.”

“It wasn’t the plan to have five weeks between runs and step her up from 1200m to 1550m. She had a little setback, but we trained her on strongly and she has handled it well.

“I thought she ran through the line impressively.”

McEvoy said it was great to have a winner for South Australian owner Michael Birchall who was a strong supporter of the McEvoy stable.

Winning jockey Jason Holder said Light The Waves was still learning but certainly looked to have a future.

“She settled well, and I was able to get a trail into the race on the back of the favourite,” Holder said.

“But she lost a length turning for home before lengthening beautifully in the home straight.

“She quickly gathered in the leaders and won easily. I’m sure she will get better with the confidence she is getting here in Adelaide.”