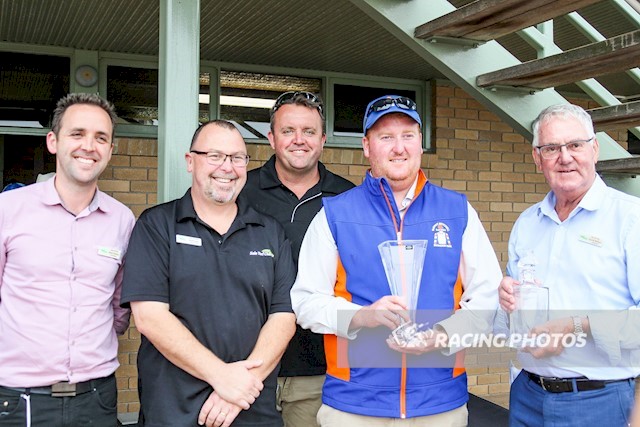 Trainer Tony McEvoy’s ultra-consistent Fox Hall bowled his rivals over with a strong win in the Viatek Sale Quality (1200m) at Sale on Monday, February 4.

Part-owned by several former Australian Test cricketers, members of the Baggy Green Racing 6, hence the green and gold colours, Fox Hall was racing first-up on a soft track but proved way too good.

Fox Hall began nicely from his inside gate and Dee was happy to stay near the inside and railed through to join the leaders turning for home before drawing clear to win well.

“We thought he would run well but Tony said he would definitely take improvement out of the run,” McLeod said.

Winning jockey Michael Dee made the most of his one ride at the meeting.

“He had no issues with the soft track, and we had a nice run on the inside around the turn.

“I came a couple off the inside in the straight and he gave a strong kick.

“No doubt there is improvement to come and he can go on to bigger and better things.”

Fox Hall has built an impressive record of five wins and six placings from 18 starts and has collected $226,300 in prizemoney.