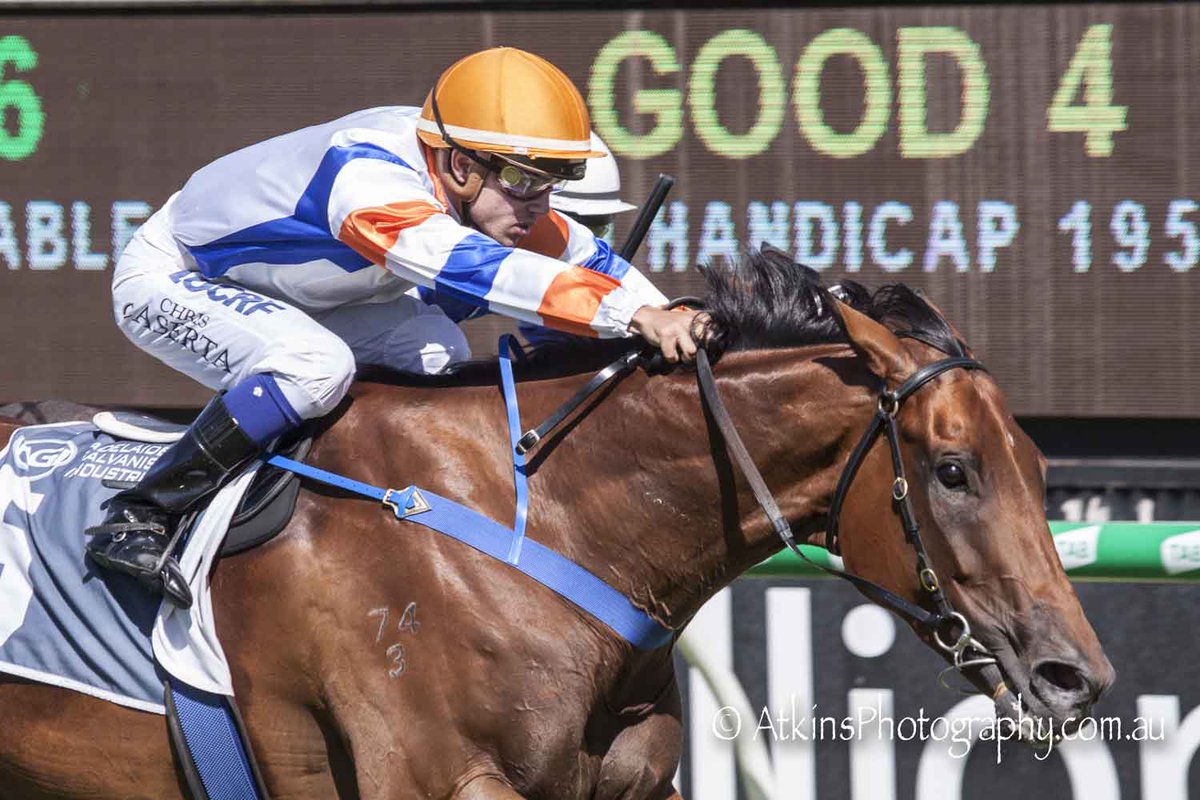 Two in a row for Lynch Mob

It was time for celebration, not a Lynch Mob, after the five-year-old made it two wins in a row scoring at Morphettville Parks on Saturday, February 2.

The Tony McEvoy-trained gelding stepped up to the 1950 metres of the Table & Chair Co Benchmark 70 Handicap with ease powering past his rivals in the home straight.

“You just have to let him get into a rhythm early and not bustle him,” McEvoy said.

“He was on trial at the trip but ran in out well, it was just fantastic.

“He was going okay without winning in Victoria but back home at Angaston he has thrived and trained on well.

“There is no doubt he has appreciated the drop back in class in Adelaide but is now learning how to win.”

“Calvin, Mr McEvoy and the team have done a fantastic job with him,” Caserta said.

“He was just too good for them.”

Lynch Mob is owned by Pipeliner Bloodstock Pty Ltd, managed by Wayne Mitchell, and with the victory now has four wins and eight placings from his 21 starts.