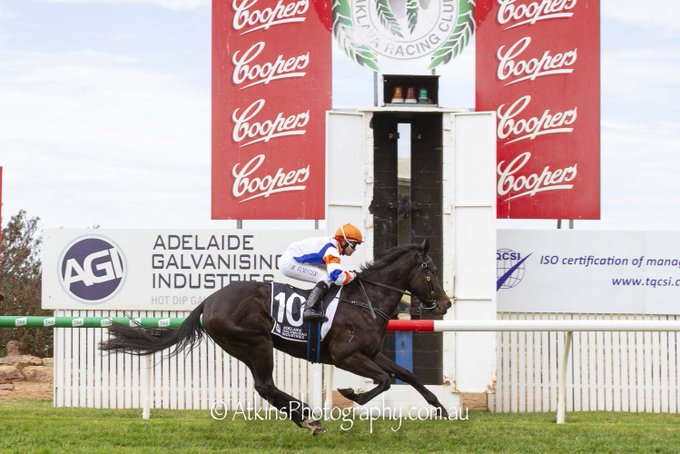 Strong in the market at $2.80, Vancity Gem, ridden by Barend Vorster, finished strongly to score a two length win in the Adelaide Galvanising Industries Maiden (1050m) beating Terelli ($31), with The Big Goodbye ($21) a similar margin away third.

The filly began well, and Vorster had her placed nicely just off the speed before asking her to extend in the home straight and she proved too strong for her rivals.

“She is an attractive filly, very well bred out of a Group One winning mare, and has plenty of talent,” McEvoy said.

“The owners actually raced her dam before selling her as a broodmare, then buying her foal at the 2019 Australian Easter Yearling Sale.

“She has been a slow to mature and the owners are going to be rewarded for their patience.

“I think she is a Saturday-class performer with the ability to run in black type events.

“The spring might come up a bit quick her, but I’m excited about her in the autumn.

“I thought she was excellent today, still has a lot to learn, but got the job done really nicely.

“This filly has a bright future.”

Winning jockey Barend Vorster said it had been nice to find the winner’s circle early on Balaklava Cup day.

“This is a classy filly, and we’ve always thought she had some sort of talent,” Vorster said.

“Obviously, Tony & Calvin have taken their time with her and let her come on when she was ready.

“Today was just a matter of getting her into the right place.

“She landed beautifully for me out of the barriers and I was able to stalk the pace.

“She quickened up nicely.”