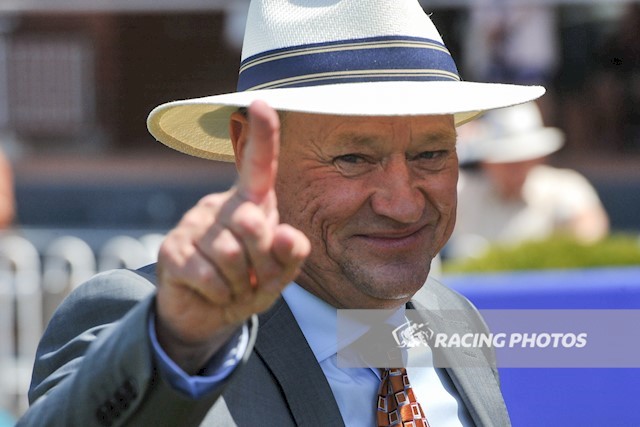 Talented Tony McEvoy-trained Be My Star landed a strong betting plunge is scoring an impressive victory at Doomben on Wednesday, January 2.

Ridden by Luke Dittman, Be My Star settled midfield before coming wide around the home turn.

The leader Crystal Amor ($2.70) gave a good kick on straightening to lead by four lengths, but the McEvoy-trained filly ran home powerfully to grab a long neck victory with Portuguese Tart ($61), a half-length away third.

“It was a nice effort,” McEvoy said. “To make up ground around Doomben with the rail out was very good.

“I have to say though I was disappointed with her previous run in the Gold Edition and that is why I dropped her way back in class today.

“I have accepted with her at the Gold Coast on Saturday and if she eats up, I will run her again then take her home.”

The filly is owned by Qatar Bloodstock Limited managed by David Redvers who paid $320,000 for her at the 2017 Magic Millions Sale. She has built a good record of three wins from six starts.