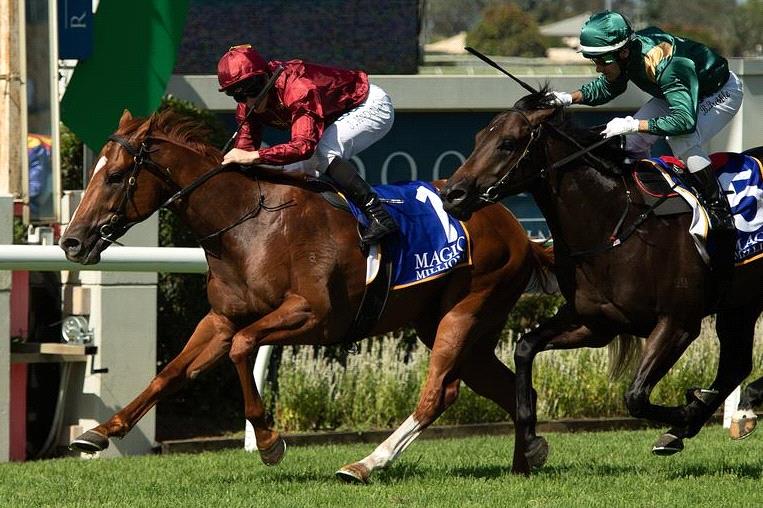 Trainer Tony McEvoy is looking for successive victories in the $2million Gold Coast Magic Millions with Sun City qualifying for the feature at Doomben on Saturday, December 29.

Jockey James McDonald had Sun City sitting behind the one-time leader Mishani Spirit and ready to pounce. He pushed the go-button in the straight and zoomed to the lead, doing enough to hold off the runner-up Rome.

McDonald said Sun City had the run of the race behind the pace and he was able to get clear at the right time.

Sun City now has enough prizemoney to get into the Magic Millions 2YO Classic.

McEvoy said it was all guns ahead to the Magic Millions Classic in a fortnight and he was confident of a win.

He won the race last year with Sunlight who like Sun City, a $525,000 yearling, is by boom sire Zoustar.

“Like all of the breed, Sun City is an intelligent horse. Like Sunlight he got beaten first-up when he was unlucky, and I knew he was improving all the time and with the Millions in mind it was an excellent run,” McEvoy said.

“We can just carry on with his program now to Millions day.”