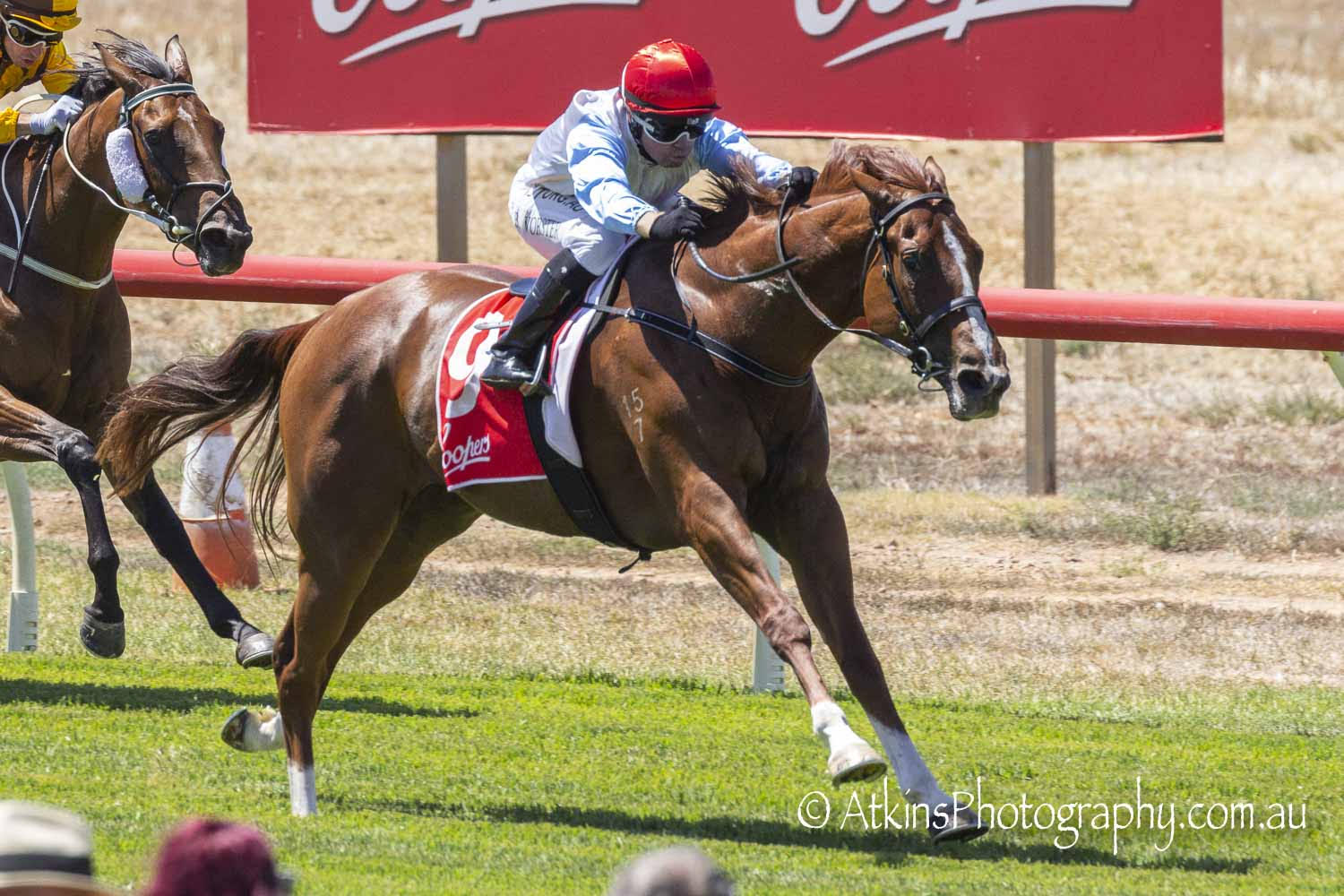 Trainers Tony & Calvin McEvoy believe the patience shown with the beautifully bred filly Spiriting is about to be rewarded.

Spirting, by Written Tycoon, won her maiden at Balaklava on Sunday, February 28 with an impressive performance.

Backed from $3.40 to $1.75 favourite, the three-year-old filly, ridden by Barend Vorster, dashed away from her rivals to score a two-length win in the Matt Hall Fillies & Mares Maiden (1050m).

Spiriting began well from gate three and Vorster had the filly comfortably sharing the lead in the run to the home turn.

Once in the straight he asked for an effort and she dashed away to win well from A Bit Racey ($4.40) with Brazen Eagle ($8) a length away third. The fourth placegetter was a further three lengths astern.

Trainer Tony McEvoy said he never had a doubt Spiriting would be a metro quality performer.

“She’s always had the frame, she has just taken a long while to grow into it,” McEvoy said.

“As a two-year-old she was always a bit immature and the owners have been good enough to allow us the time to let her come into herself.

“We had her ready to race in August last year at Bendigo in Victoria, but she ran into a heavy eight track.

“It was decided to run her to see if she handled the rain affected ground, but she wasn’t comfortable finishing fifth and we had to turn her out again.

“Spiriting had two trials to ready her for a return to racing and she did everything we expected.

“I will now look for a suitable city race.”