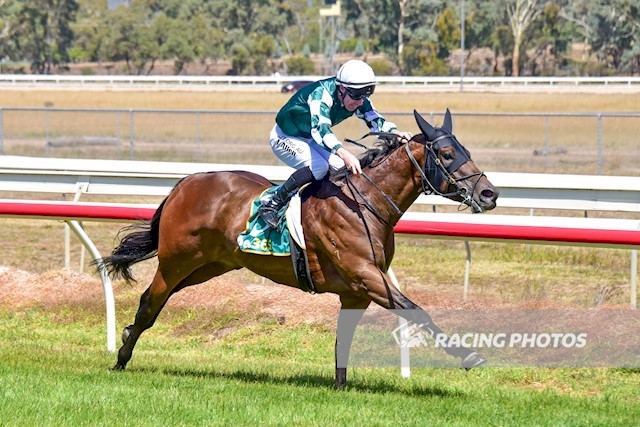 In winning the Bet365 Protest Promise Three-Year-Old Maiden (1100m), Yulong Sovereign clocked 1:04.12, which was only one second outside the track record.

The son of Zoustar has always shown promise to trainers Tony & Calvin McEvoy and made his debut as a colt at Tatura in September last year.

However, he played up at the gates and did things wrong finishing seventh and the decision was made post-race to geld him.

At Stawell, he was perfectly behaved, jumped to the front and never really looked in trouble winning comfortably.

Tim Hanley, stable foreperson for the McEvoys, was delighted with the strong win.

“It was a great performance by Yulong Sovereign today,” Hanley said.

“Thanks to Yulong for being so patient with this horse.

“He has always shown above average ability and he’s had the gelding operation since his first start.

“He’s had a few barrier issues, but was very well behaved today.

“It was very pleasing to see him roll along and run time.

“There was a bit of a wrap on the runner up and when he peeled off our back I was a bit nervous.

“But he kept on kicking and it was a great ride by Johnny (Allen).”

Winning jockey John Allen considered the winner had been impressive.

“Once he left the gates sharply, we were able to roll to the front,” Allen said.

“He had a little bit of a look around in the home straight, but he was always doing enough.

“It was definitely an impressive effort.

“I think he has been a bit of a handful, but the McEvoy team have done a good job with him.

“He raced very professionally today, hopefully he can push on.”