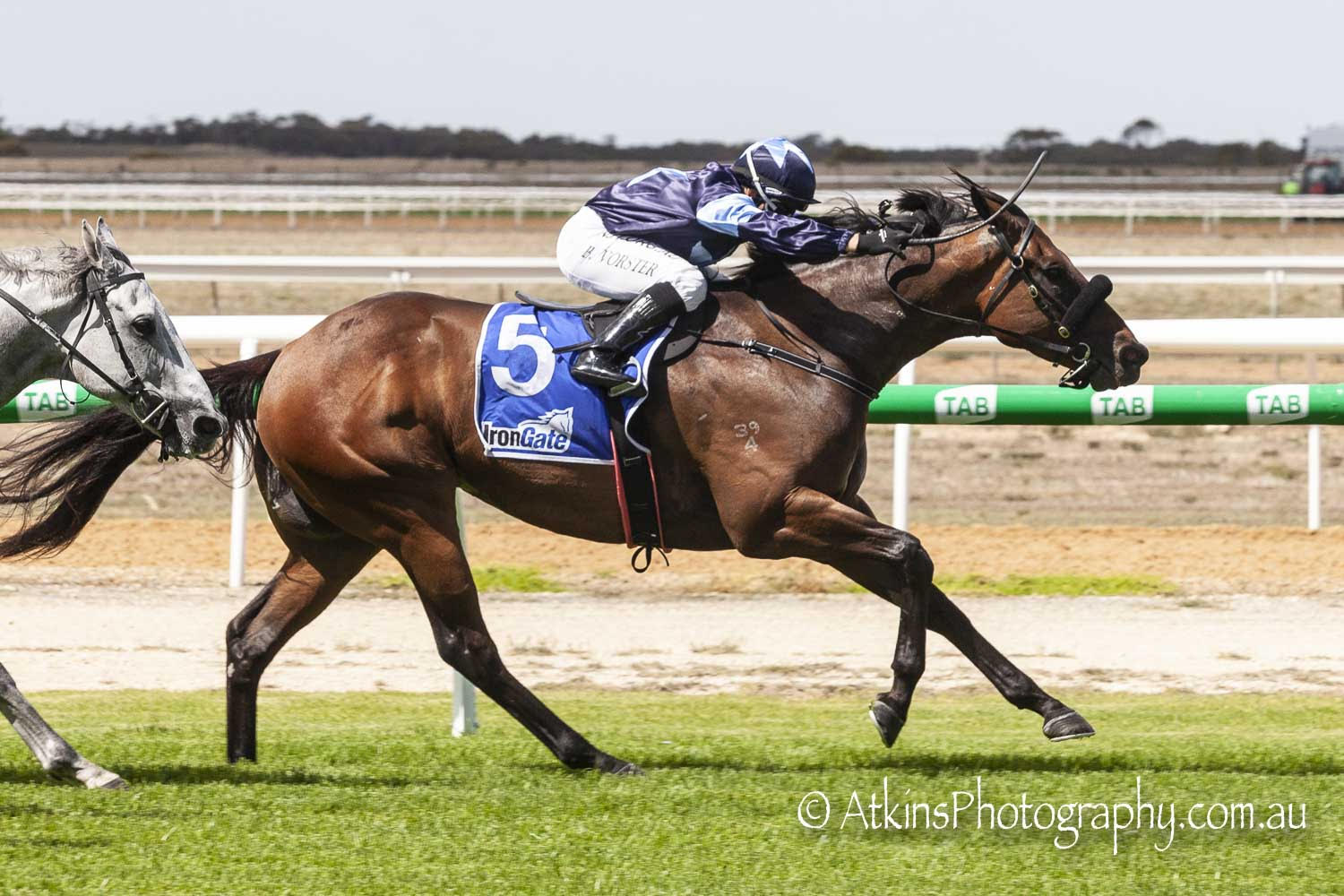 Renegade rules at the Bridge

Tough middle distance galloper Renegade might have earned himself a shot at the C S Hayes Memorial Cup with his all the way win at Murray Bridge on Saturday, February 27.

At Murray Bridge, the six-year-old began nicely but jockey Barend Vorster was somewhat of a reluctant leader in the Total Workforce Solutions Benchmark 82 Handicap (1400m).

Sent out the $3.80 favourite, Renegade was then rated perfectly in front by Vorster before drawing clear over the final 200 metres to win by three-quarters of a length from Exalted Traveller ($8.50) with Jester Halo ($4.20) a head away third.

Trainer Tony McEvoy said he left the decision to Barend Vorster whether to lead or not.

“He is a bit of a flowing horse this fellow,” McEvoy said.

“You could see Barend looking on the inside and those horses on his inside didn’t really want it.

“So, he decided to roll forward and I thought he rated him beautifully once he was there.

“The horse came back to him nicely and he is in a really good vein of form this fellow.”

McEvoy said it had worked well to give the horse more than 40 days between runs with a sharp trial then line up over the 1400 metres at Murray Bridge.

“He goes up to my farm on the river (Murray) and he really enjoys it there.

“I think more being out in a paddock rather than a stable has really suited him, and 1400 (metres) seems to be his trip.

“But the form he is in, I might consider the C S Hayes Stakes for his next run.

“Something a little bit different and going against the 40-odd days but it is a lovely race right here on our doorstep, and he’s in great form.”

Renegade now has six wins and five placings from just 23 starts and has collected $182,915 in stakes.