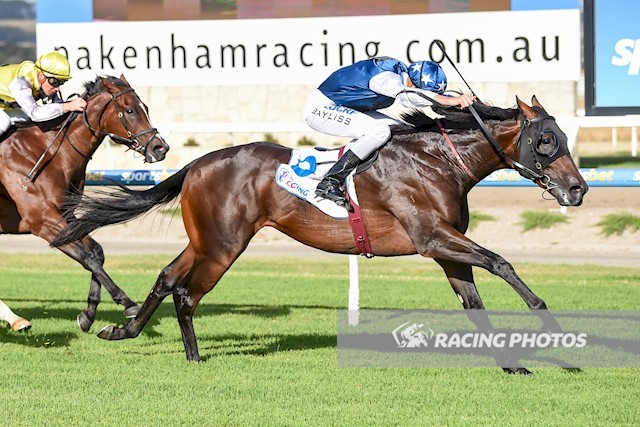 The win was a special thrill for McEvoy’s Melbourne stable foreman Michael Shepherdson who is involved in the ownership through the Best And Fairest Syndicate.

Outlandos, with blinkers on, was ridden by Regan Bayliss who had the colt well placed one-out, one-back, early before asking him to extend over the final 300 metres.

Riding with the whip in his left hand, Bayliss urged the two-year-old to victory.

“He was one of the early two-year-olds we had here at Flemington and I really took a liking to him,” Shepherdson said.

“He is nice and stretchy and got a good style about him and it was nice to win a race at two and he is only going to get better at three.

“He’s had three jump outs and three runs now and he has kept his head and condition.”

Shepherdson said the Best And Fairest Syndicate comprised a group of mates with a love of football who now had shares in seven two-year-olds with McEvoy.

“He was really improved with the blinkers on and it was a nice win,” Bayliss said.

“I always thought I was going to pick the leader up, but he wanted to stargaze when he hit the front.