McEvoy Mitchell RacingLatest News Filly lives up to her name 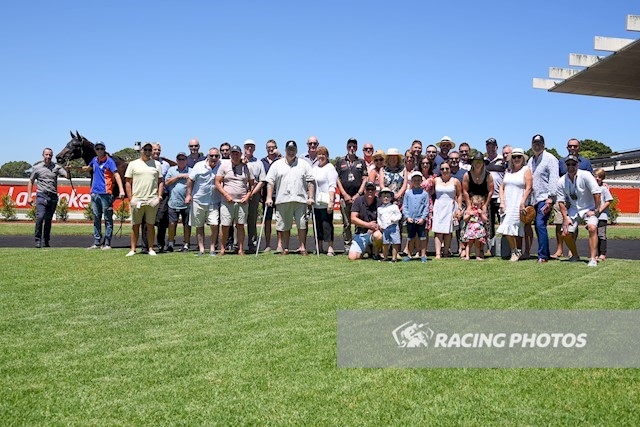 Filly lives up to her name

A large group of owners had the ultimate thrill of cheering home their runner at its first start when the Tony McEvoy-trained two-year-old filly She Shao Fly made an encouraging start to her career with victory at Sandown on Monday, January 29.

She Shao Fly ($9) chased down favourite Lady Naturaliste ($3.40) to get home by a half-neck in the Ladbrokes Plate (1200m) for two-year-old fillies, opening up bigger race options in the coming weeks.

The addition of blinkers has been credited with switching on the two-year-old filly.

“She has really jumped out of the ground in the past 10 days since we put the blinkers on her,” McEvoy’s Victorian stable foreman Michael Shepherdson said.

She Shao Fly finished seventh of eight in a Pakenham barrier trial on January 15 before winning a trial in blinkers at Werribee last week.

With Luke Currie aboard, She Shao Fly was slightly slow out of the gates and was back in the field before improving near the home turn.

As a big group of the filly’s owners cheered from the stand, She Shao Fly reeled in Lady Naturaliste with debutante Fling ($4.40) another two lengths away third.

“In her trial at Pakenham, she was only there for an easy one, but she only trialled fairly,” Shepherdson said.

“Tony then put a set of blinkers on and since then she’s just changed. They are a good tool when they work.

“She improved into her trial at Werribee and now she’s improved again today.

“We probably didn’t really expect that. You never quite know with two-year-old first starters and there was some form in that race, but she will find her way into a nice race you’d think to see where we sit.”

She Shao Fly is among the McEvoy stable’s nominations for the Blue Diamond on February 23, with third declarations closing on Tuesday.

Currie said She Shao Fly was not up with the better juveniles this season yet, but said the filly was continuing to improve.

“She got a lot wrong but was still too good,” Currie said.

“I had hoped to be sitting outside the leader early, but she missed the start and was caught wide but really ran through the line.”