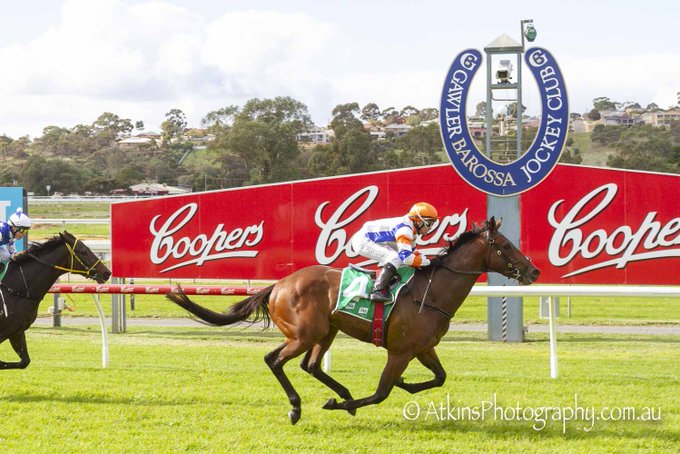 Fox D’or overcame two potentially career-ending injuries to break through for am impressive maiden win at Gawler on Wednesday, May 13.

The three-year-old already has had two suspensory breakdowns and co-trainer Tony McEvoy said the owners deserved to be rewarded for their patience.

McEvoy trains Fox D’or in partnership with his son Calvin and said the gelding had always shown promise.

“Unfortunately, he has had these two suspensory issues which meant he wasn’t able to make his debut until last month at Terang,” McEvoy said.

“He found the 1200 metres much too short and was outpaced.

“I saw this 1700 metre race at Gawler and thought it would be ideal, so I brought him home to Angaston.”

Fox D’or settled on the inside just behind the leaders but got shuffled back slightly coming off the back as other runners surged forward.

Vorster angled the gelding away from the inside and brought him to the centre of the track for the run home.

Once balanced, Fox D’or lengthened well and gathered in the leaders to win running away.

McEvoy was impressed with the victory.

“Really, he had a 10-monthv rehabilitation before his debut at Terang.

“We brought him home, made a few gear changes and trained him up to run a strong 1600 metres.

“While he won well and looked good, it will be small and cautious steps as we good forward.

“But what I liked was the way he ran through the line, and hopefully he can go through the classes.”