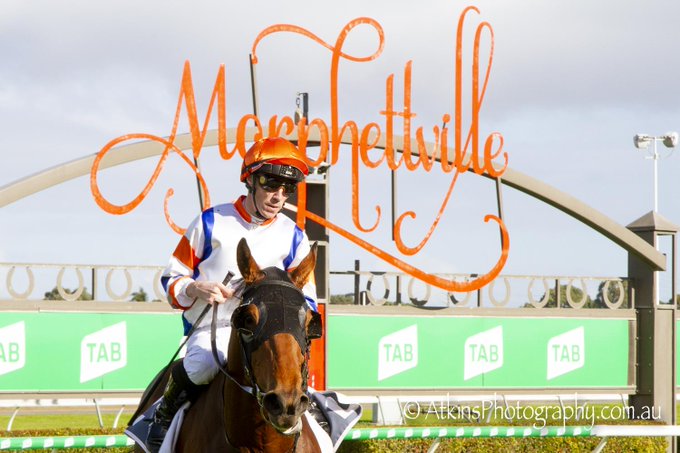 Improving three-year-old Game Keeper made it three wins in a row as he powered away to win the Listed Adelaide Galvanising Adelaide Guineas (1600m) at Morphettville on Saturday, May 9.

The victory brought up a treble at the meeting for trainers Tony & Calvin McEvoy who won earlier with Dixon Street and then Ringbolt in the Group 3 SA Sires’ Produce Stakes.

Victorian-based jockey John Allen rode Ringbolt and he was also aboard Game Keeper ($5.50) which came from the rear of the field to win by three lengths from Hypercane ($17) with Quantum Mechanic ($13) a long neck away third.

Game Keeper settled in the last trio sitting wide, but with cover, before Allen asked him to lengthen turning for home and the gelding dashed quickly to claim the leaders and win running away.

Trainer Tony McEvoy said the three-year-old had been impressive.

“It is so nice and so lovely for the owners with the patience they have shown,” McEvoy said.

“I ran him in a Blue Diamond this fellow and he’s been a talented horse.

“But he’s been a source of frustration for us, we have had to geld him but he’s now come back and starting to really hit his straps.

“He was super impressive today.

“There’s not much around now for him but I might run him in the R A Lee next week.

“I might just take on the older horses then we’ll turn him out and have him for the spring.”

Winning jockey John Allen said he had been impressed by Game Keeper.

“I got on the right horse today and it was a good win,” Allen said.

“He has obviously turned the corner the last couple of runs have been good wins.

“Watching the replays, his last run he was really strong through the line.

“He travelled well in the run but when I picked him out he really did pick up for me and accelerated good.

“I said to Tony and Calvin it was a pity there wasn’t a Queensland carnival he could push on to, something like a Queensland Derby, he’s that type of horse.”