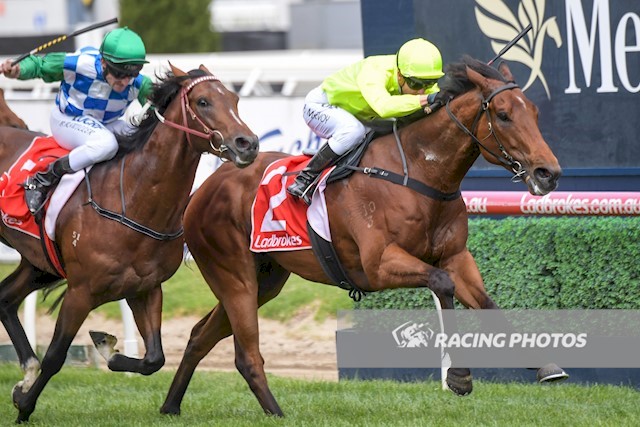 Talented Manuel returned to the winning list with a game all-the-way victory at Caulfield on Wednesday, October 17.

McEvoy wasn’t shocked by the win.

“His two runs this time in have been very good,” McEvoy said.

“First up at Balaklava we had to ride him upside down because of the track bias, then at Moonee Valley he saw more of the outside rail than the inside.

“He’s a really talented horse which has been frustrating but today Kerrin rode him beautifully.”

“He might struggle to get a run at Flemington, but I believe he has the talent. He’s worked with Hey Doc and given him a beating.

“It was also good to win a race for the Lechtes – they are very passionate about their racing.”

Winning jockey Kerrin McEvoy was very positive about the victory.

“We were looking for a leader but he went too quick early,” McEvoy said.

“But he did settle well in front, got into a good rhythm and ran through the line well.”