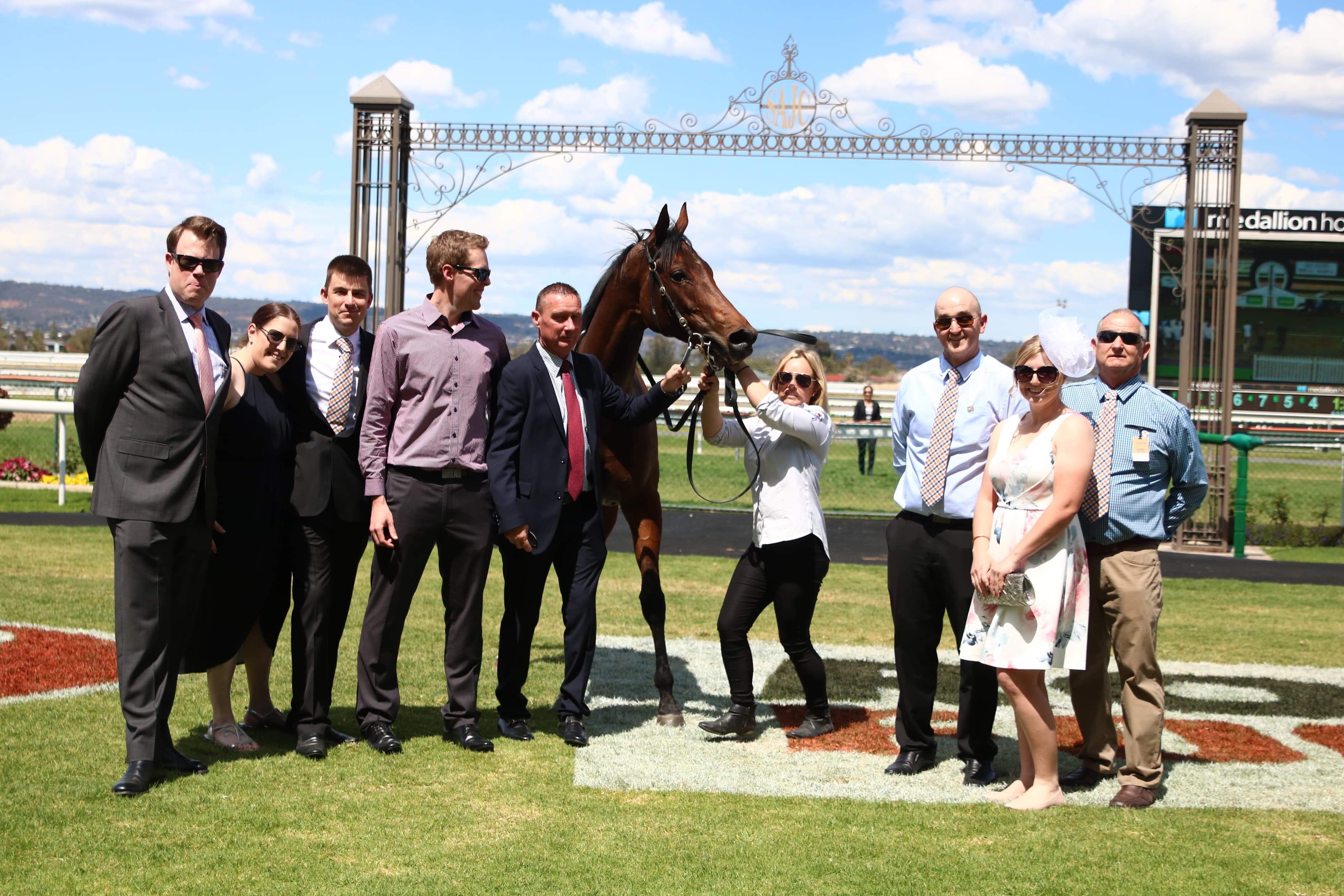 The McEvoy Mitchell Racing list of owners covers a wide-ranging and diverse group of people.  From enthusiasts long established in the sport of kings to those putting their toe into ownership for the first time.

One group of newcomers is South Australian-based The Schnitzel Club, managed by Sam McMillan, part-owners of promising Sweet Mischief, a winner of her past two starts.

McMillan said the group of five in the Club were “loving the ride.”

“A group of us guys went to Trinity College in Gawler and always talked about getting a share in a racehorse, but it wasn’t until we left school that we decided to take the plunge,” McMillan said.

“My mates are Richard Gregory, Matthew Jones and Scott Goode and we recruited my Dad Steve to help ease the costs.

“We looked at a few horses and a few trainers but one that we liked was a Zoffany filly which is Sweet Mischief.

“The thing that tipped us towards Tony was when he was taking us on a tour of Kildalton Park.

“When we started he had his salesman’s hat on but as the tour progressed he was like having a car ride with the boys and we really enjoyed the day and decided to take a share in the filly.”

McMillan said Sweet Mischief had been a slow maturing filly and didn’t start her career until she was a three-year-old in August 2017.

“Tony rang to say he was going to take her to Mildura for her debut so a group of us took the car ride, with great expectations, but she failed to flatter and finished seventh, so it seemed an even longer ride home.

“She then ran on Balaklava Cup day and finished second beaten a nose and Tony said he thought she might be a stayer of promise.”

“At her next run, Sweet Mischief ran third in the Oaks Trial at Flemington which was an unbelievable thrill.”

The filly went to Caulfield and the first-time owners had Joao Moreira, arguably the world’s best jockey, aboard when she was unplaced in the Ladbrokes Classic, but McEvoy kept going and she lined up in the Kennedy Oaks at Flemington during Melbourne Cup week.

“I was talking to a few of the members of Doza Syndicate who also are owners in Sweet Mischief, in the mounting yard,” McMillan said.

“They couldn’t believe we had a filly running in the Oaks that was our first involvement in racing.”

Sweet Mischief finished unplaced and went for a break. She only had two runs in her next preparation but had chest issues and went back to the paddock.

She resumed on Balaklava Cup day this year but was a backmarker on a track which favoured leaders and did a good job to finish fifth.

Taken to Gawler on September 26, The Schnitzel Club syndicate finally tasted success with Sweet Mischief thrashing her rivals as a $1.30 favourite winning by 7.5 lengths.

“We didn’t care where it was or what price she was, we just loved seeing her win,” McMillan said.

Taken to Morphettville on October 13, the filly made it two wins in a row taking out the Martin Plunkett Communications Benchmark 64 Handicap (1800m). 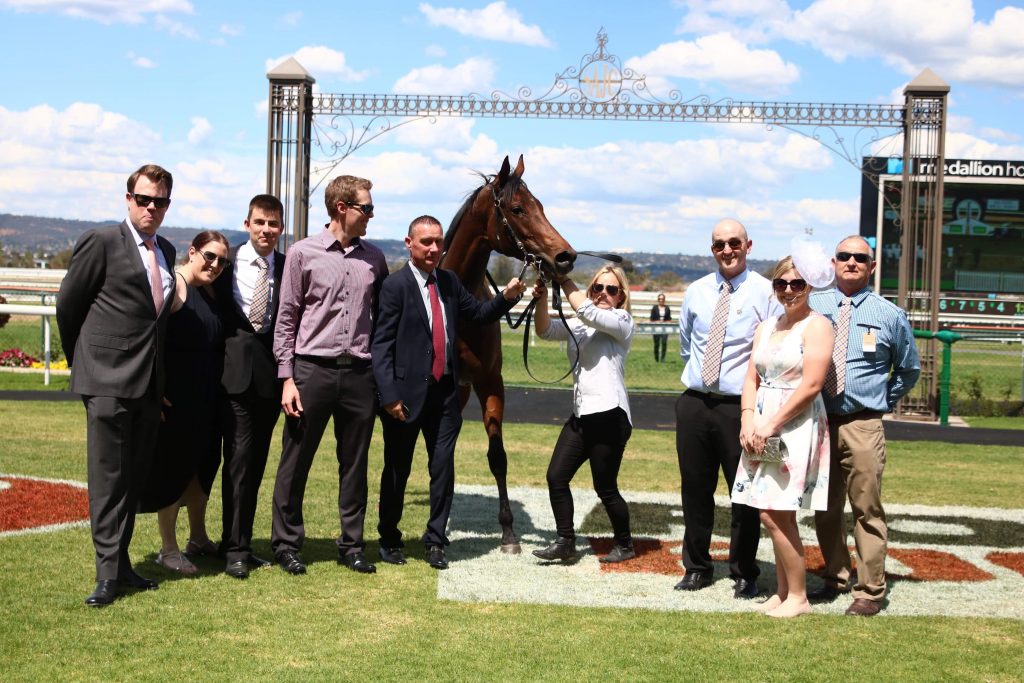 “Normally she has been reluctant to race between runners but credit to Chris Parnham he drove her to the line in good style.

“It was the first time all five members of the syndicate had been on course together to see her run.

“With family and friends we had 10 of us to enjoy the win, and because it was early in the day, it was a long celebration.”

McEvoy Mitchell Racing is about enjoying the racing experience and for a group of school friends making up The Schnitzel Club they are savoring the enjoyment through Sweet Mischief.