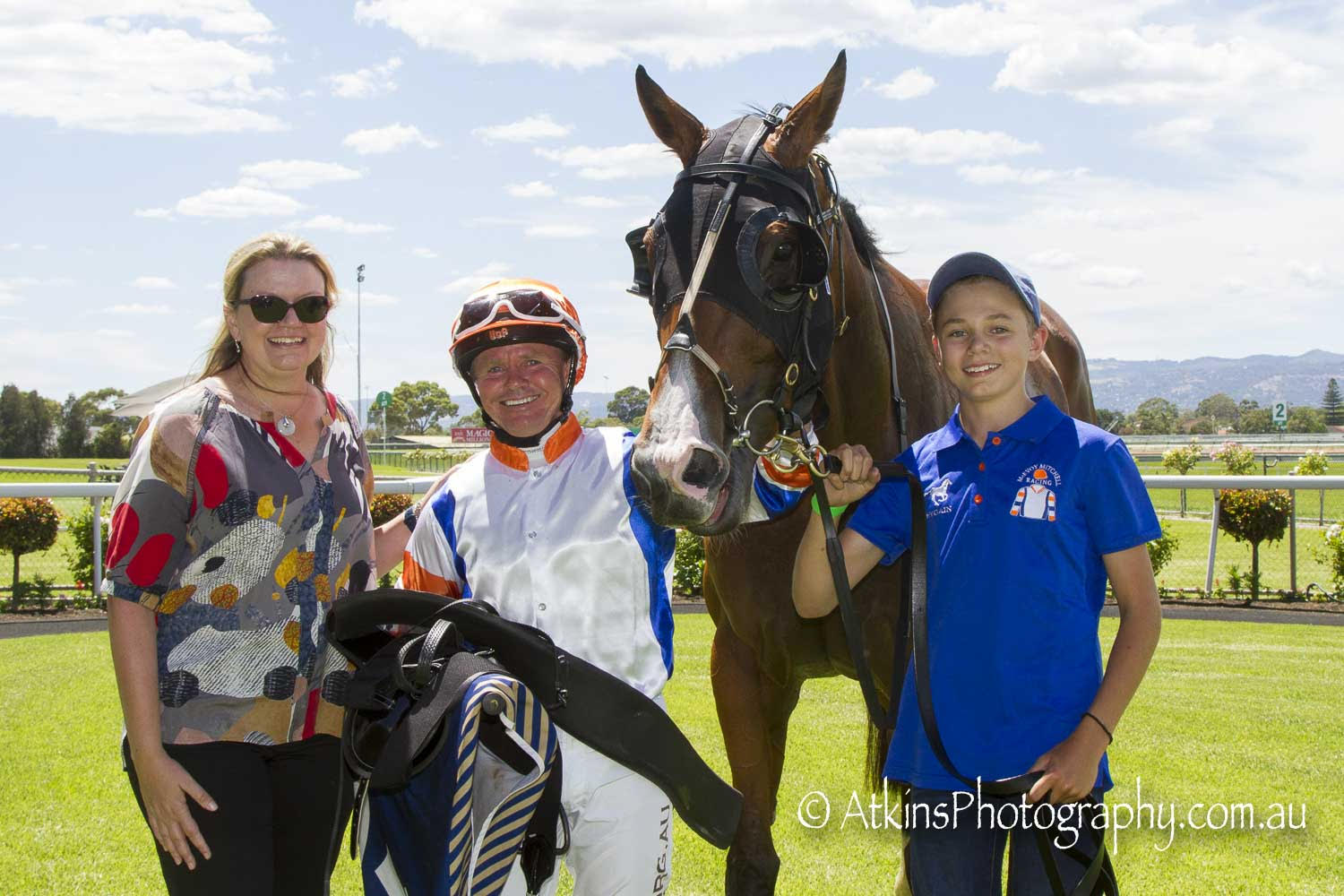 Talented mare Night Passage made it two wins in a row with an impressive effort at Morphettville Parks on Saturday, February 4.

After winning over 1400 metres at Murray Bridge on January 15, the mare finished best over the same trip at Morphettville Parks to win the Leconfield Benchmark 82 Handicap.

Trained by Tony & Calvin McEvoy and ridden by Barend Vorster, Night Passage settled midfield before sprinting strongly on the inside up the home straight.

The win was extra special for winning jockey Barend Vorster as the mare was strapped by his son Brendan.

Night Passage was the first horse strapped by Brendan who is keen to follow his father into the racing game.

It was a happy family photo after the win with Nikki coming out to join her husband and son to celebrate the viuctory.

A daughter of Not  Single Doubt, the five-year-old mare has built a good record of five wins and six placings from just 22 start and has won both her SA runs since coming across from the Ballarat base.