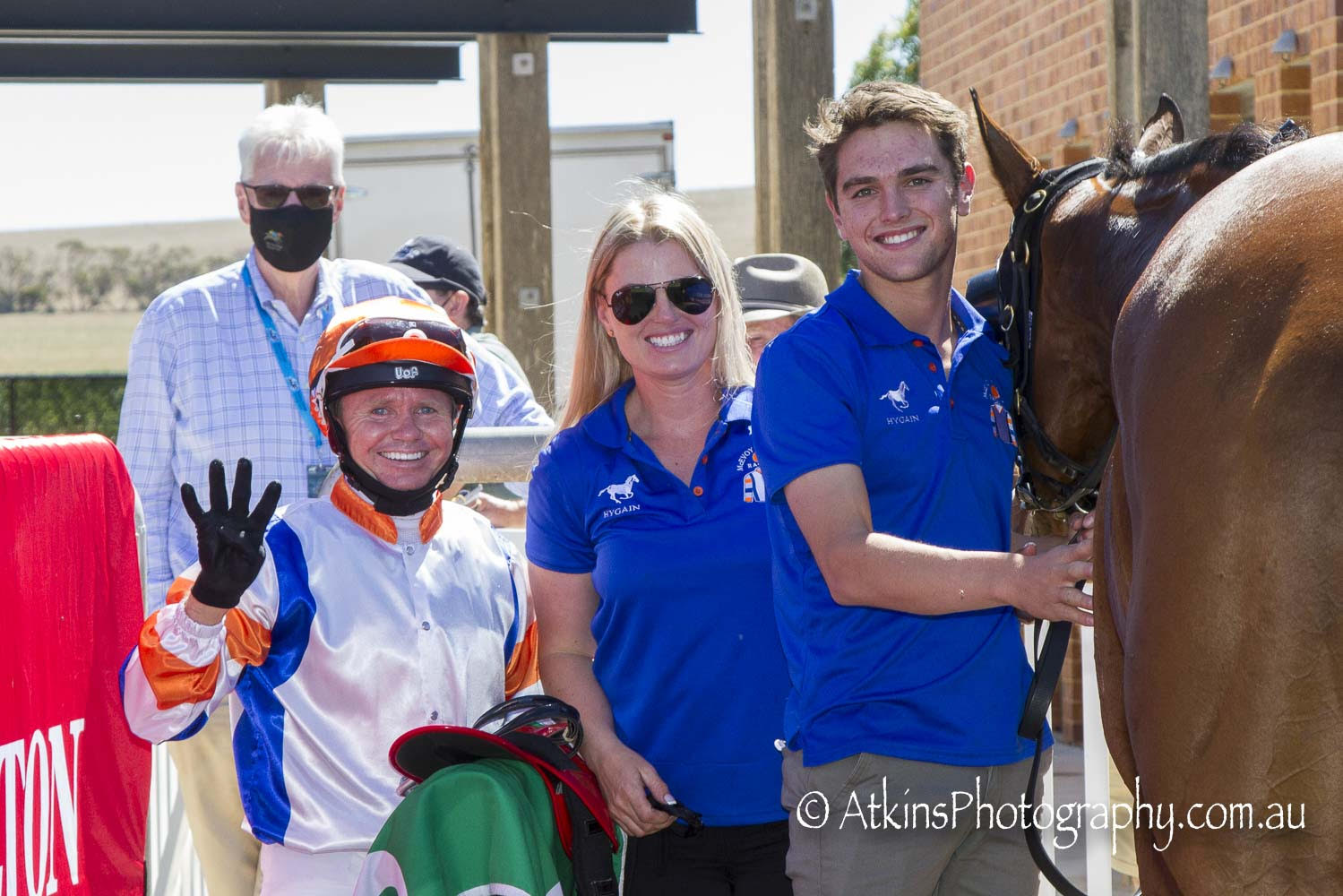 Night Passage is a training treble

A decision by trainers Tony & Calvin McEvoy to bring Night Passage across to Adelaide proved a winning move at Murray Bridge on Saturday, January 15.

Heavily backed from $6 into $3.90, Night Passage, ridden by Barend Vorster, was an impressive winner of the Jack & Henry West Benchmark 72 Handicap (1400m).

The victory gave the McEvoys three winners at the Murray Bridge meeting, and for Vorster, it was his fourth.

The treble for the trainers were Water Into Wine, Resurge and now Night Passage.

Night Passage, a five-year-old mare, had been running nicely in Victoria but appreciated the quality of today’s race in Adelaide.

Vorster was strong on the mare asking her to improve from the back of the field between the 800 and 400 metre marks.

Night Passage responded and was in a challenging position turning for home.

The mare answered Vorster’s urgings and went clear in the straight to score by a half-length from Poysed To Rein ($6) with Angaston ($6) a length away third.

“Mentally, she has been a lot of hard work,” Vorster said.

“Tony has been getting a bit frustrated with her but today I was able to get into a good spot.

“She really pulled me into the race at the right time and stuck on nice and strong.”