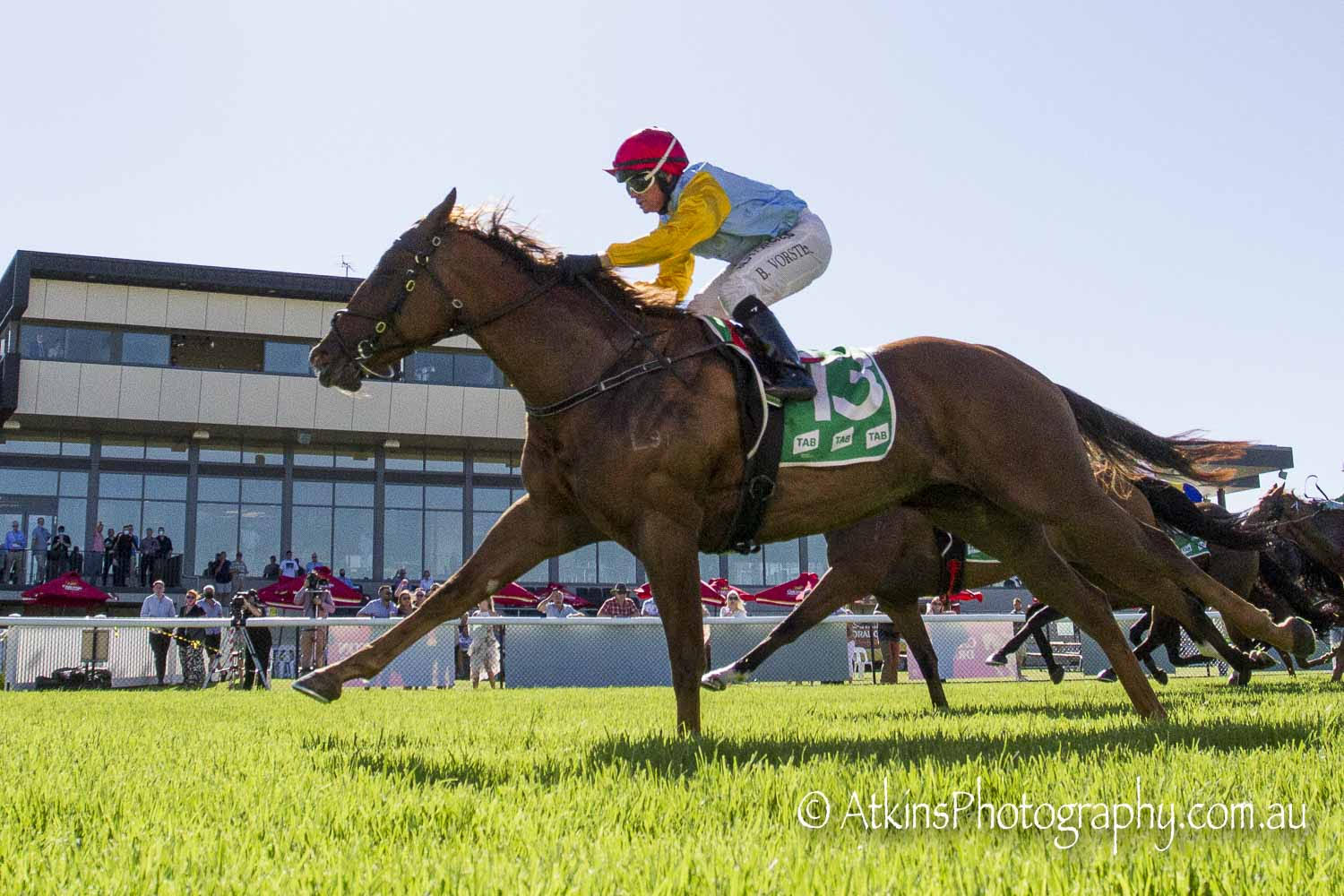 Desired gave the trainers four winners at the meeting while Vorster rode five.

He was aboard the McEvoy foursome of Water Into Wine, Resurge, Night Passage and Desired.

A three-year-old filly taking on older orders, Desired came with a strong run in the home straight to take out the Foodmont/Mauri Benchmark 60 Handicap (1000m).

The filly, an $8.50 chance was slow to move from gate one but improved to be midfield by the home turn.

Vorster eased her out towards the middle of the track and Desired let down powerfully.

She grabbed the leaders past the 100-metre mark but started to drift down towards the inside rail. Fortunately, she was clear of other runners.

Desired scored by three-quarters of a length from Two Odd Sox ($9.50) with Galaxy Keeper ($8) a length away third.

“To have four winners from five runners was simply amazing,” Rutten said.

“Well done to the whole team, here and in Melbourne – what a great result today.

“Desired has always shown us a great deal of ability, and her work at home has always been really super.

“Her first run back this prep, with the blinkers on, just didn’t suit her.

“Since we’ve taken them off, and with a few other gear changes, she has really improved.”

Winning jockey Barend Vorster was delighted with the day.

“When you are in the zone, you have just got to ride it,” Vorster said.

“I had some nice rides today and riding on big tracks like this, I really enjoy it.

“There is a little bit of softer going on the inside near the 700 metres, and I felt it was just not the place to be.

“I was lucky my horses were able to work around it, and still gave me a strong finish.

“She managed to travel up nicely.

“She also has been a bit frustrating, mentally she has not been wanting to put it away.

“So, I took my time with her, even when she hit the front, she wanted to get in with me but I was so happy for the connections that she was back in the winner’s circle.