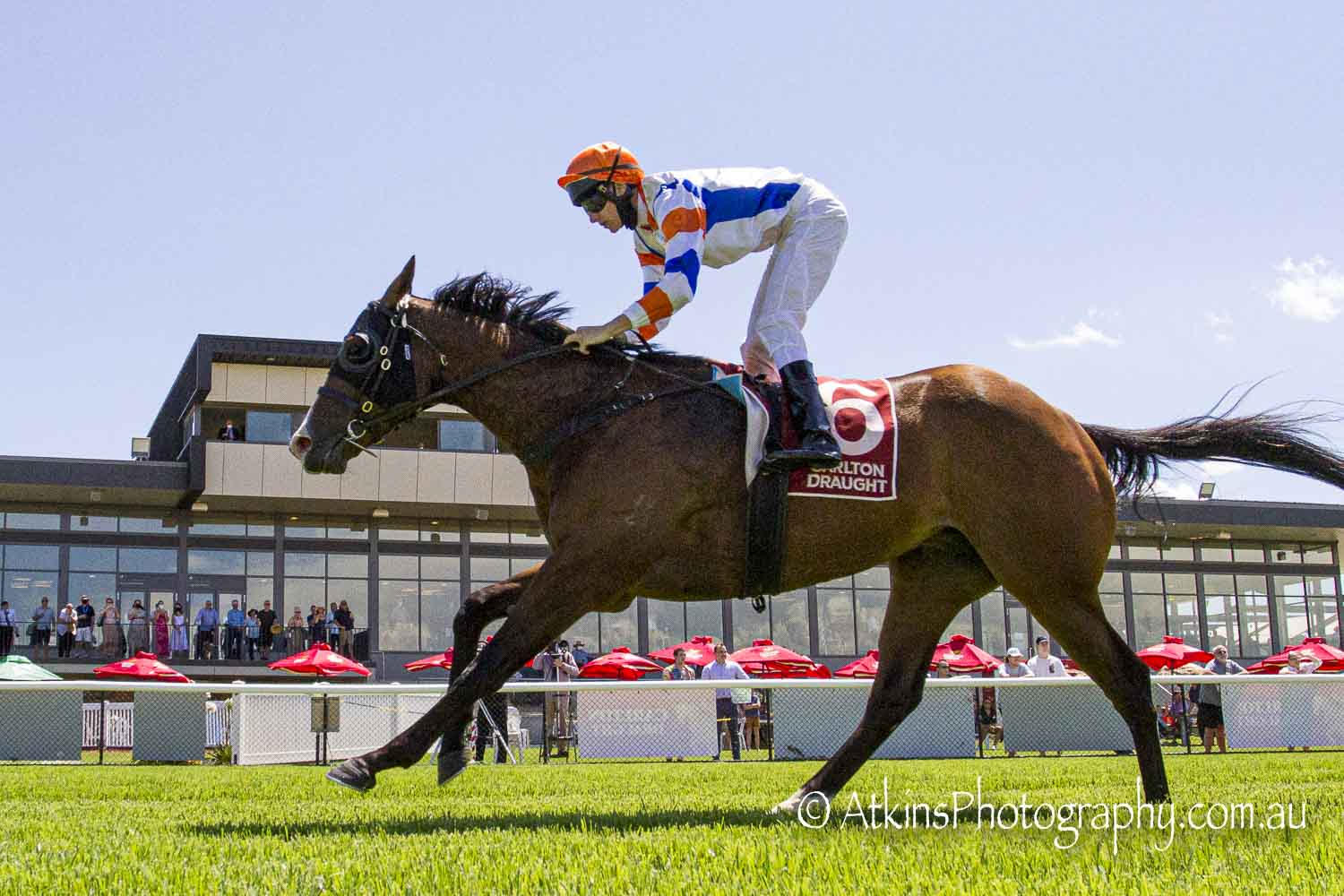 Revue indicated he was a three-year-old with potential scoring at Murray Bridge on Wednesday, January 26.

Coming from a wide gate, Pannell was able to slot Revue across to be midfield with a trail early.

The three-year-old improved getting to the home turn before sprinting strongly to win easily.

After being rearward early, the gelding was doing his best work late.

Today, with blinkers on and an increase in distance, around the spacious Murray Bridge track, Revue was able to show his talent.

“I had a bit of a query about him running a strong 1400 on his breeding but he definitely put those doubts aside.

“It was a great piece of jockeyship by Todd (Pannell) to get him across from his draw to give him cover in the run to the home turn.

“He lengthened beautifully in the home straight and Todd said he was strong through the line.

“Revue got it all wrong at Oakbank and didn’t really handle coming down the hill – his best work was over the final stages.

“He lost the sharpness in his work after the run and that is why we picked the 1400 metres today.

“I’ve always thought he would prove a Saturday metro galloper and we can now give him a chance.”

“I watched the replay of Oakbank and thought it finished off pretty well,” Pannell said.

“He went good on a testing track at Oakbank at his first start.

“The speed was genuine today and it gave me a chance to slot in.

“He floated around a bit at the top of the home straight but once I gave him a few reminders he really stretched out good.