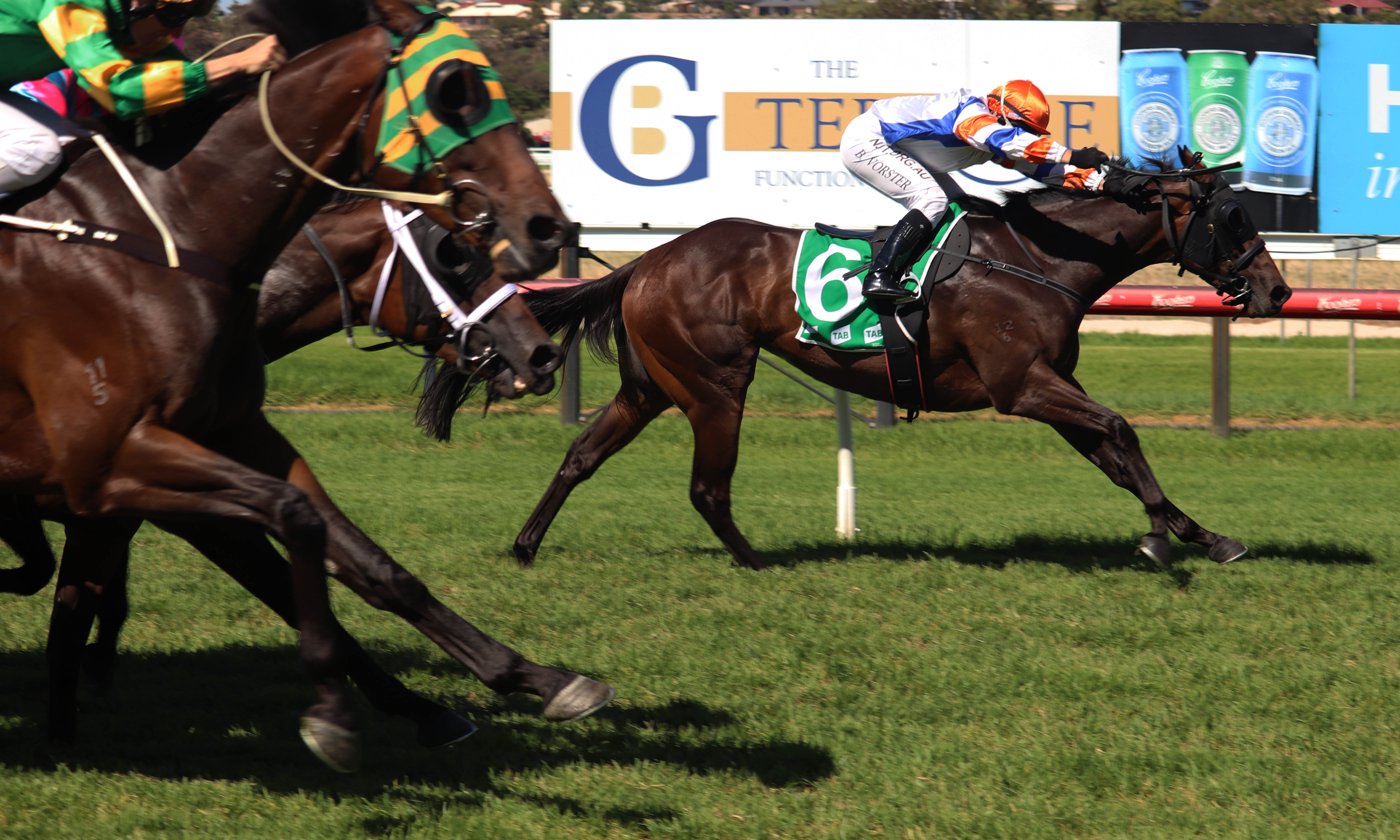 Narrative is a star

Narrative Star let her speed and stamina tell the story at Gawler on Wednesday, February 10.

The four-year-old mare, resuming from a spell, showed excellent early speed to lead in the Sanders Fodder Class One Handicap (1100m), then enough courage to hold off a wall of rivals over the final stages.

Such was the charge at the finish that only a length separated the first five horses.

Vorster had the daughter of stallion Purrealist away very well from gate six to find the lead and he rated the mare beautifully before asking her to sprint over the final 300 metr4es.

Narrative Star responded and had enough in hand to hold off the challenging pack.

“She won her maiden at Gawler at the end of July last year but disappointed when we took her to town subsequently,” McEvoy said.

“That was her first preparation for Calvin and me so we gave her a good break.

“She had worked nicely this preparation, and we felt she would be very competitive today.

“It is now up to her to let us know where we should be heading with her.

“I’m thinking we might look for a suitable race at Morphettville Parks which should accommodate her pattern of racing.”

“She settled well when we found the front,” Vorster said.

“Then she gave a really good kick when I asked her to lengthen.

“Credit to the team at home to have her ready to win today.”