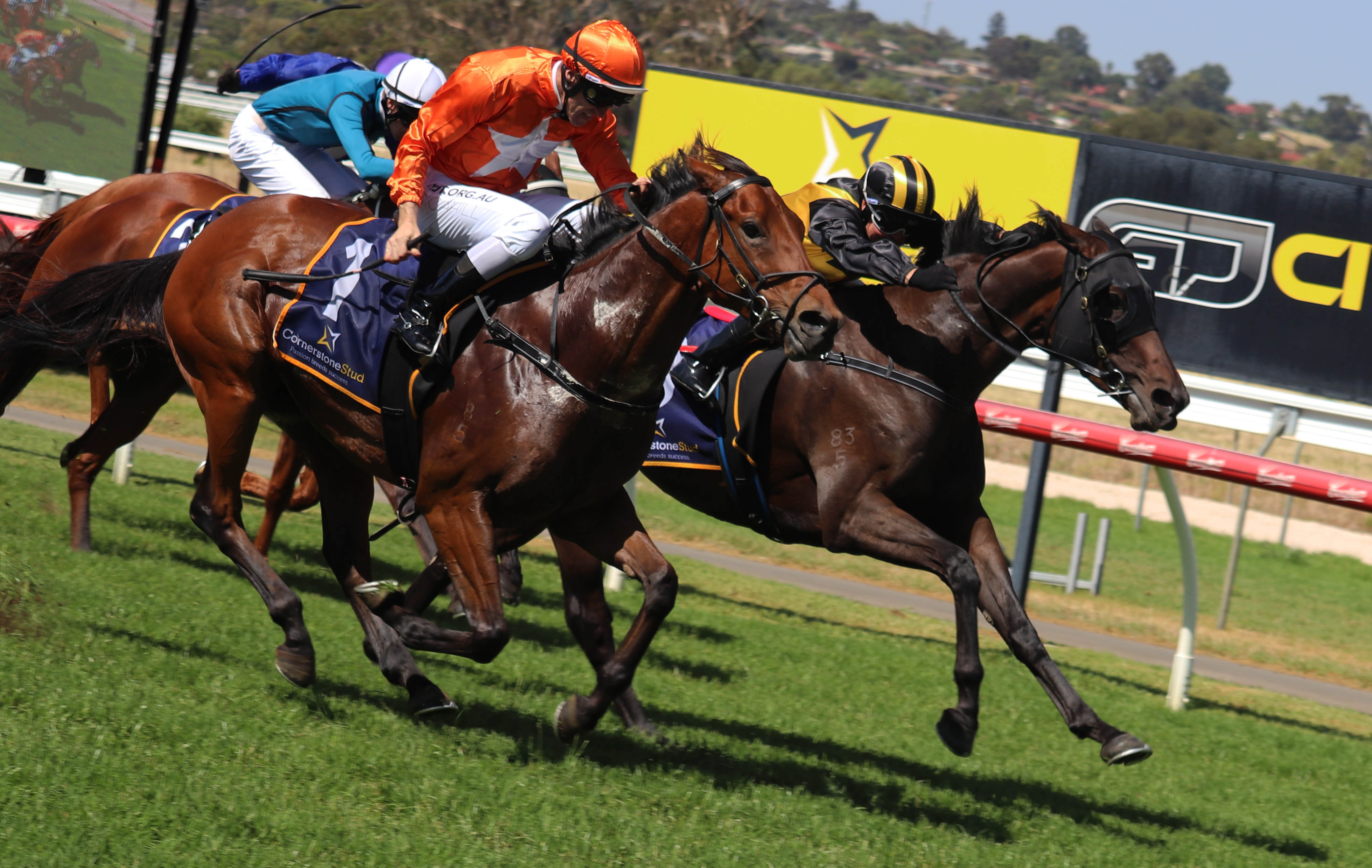 Lightly raced mare Monteferrante resumed from a spell with a last-to-first victory at Gawler on Wednesday, December 2.

The race was heat three of the Alcopop Series which will culminate in a $102,250 final over 1600 metres at Morphettville on Friday, December 18.

Ridden by Barend Vorster, the five-year-old mare settled last in the field of 10 with a good tempo up front.

Turning from home, Vorster angled the mare up behind the leaders and waited for a gap which appeared, and he pushed the mare through.

“She needed a bit of luck in that race but fortunately the gaps came, and she was too good.

“Monteferrante has been running very consistently since coming into our stable.

“She has been running very well for us and needed a break after a third in May at Morphettville.

“She has come back looking terrific and hopefully she can kick on from here.”

McCarthy said the mare had a trial at Murray Bridge over 1000 metres on November 12,

“It was a little bit too sharp for her.

“In fact, she will probably want a little bit further than today’s race so it was great to see her win and hopefully she can improve over more ground.”

Vorster said the mare had run on strongly.

“Actually, she was a bit shy about taking the gaps in the home straight,” Vorster said.

“I had to push her through, but I liked the way she hit the line over the final 200 metres.”