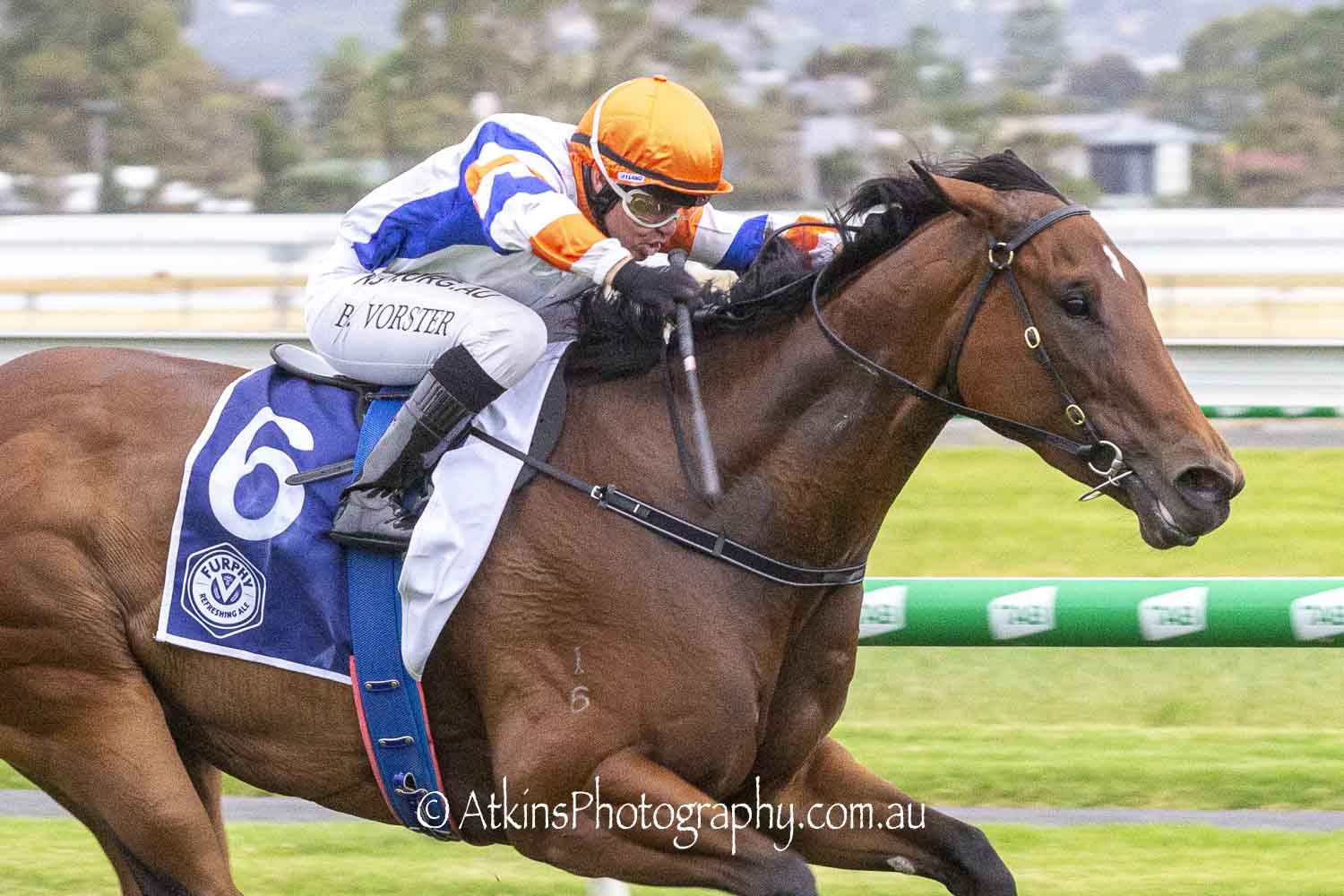 Smart mare Aten again demonstrated her talent with an excellent win at Morphettville on Saturday, November 28.

Trained by Tony & Calvin McEvoy, the four-year-old made it three wins first up from four preparations taking out the Winning Edge Presentation Benchmark 68 Handicap (1200m).

Aten began well from gate four and Vorster quickly had her across to trail the runner-up which had led from gate three.

Turning for home, Vorster angled off the fence and the mare accelerated to victory.

The victory was her fourth overall for stakes of $85,670 proving a value buy for owner Wayne Mitchell’s Pipeliner Bloodstock Syndicate.

“She’s been a mare we’ve thought a bit of,” McCarthy said.

“Aten has run really well when we’ve got her to the races.

“She’s won three races before this and it is great that she’s starting this prep off well.

“There is no doubt Aten is a great horse fresh and we were confident going in to today.

“She had trialled well, and her work was very good at home.”

McCarthy said Aten was a mare that had her issues and that was why she didn’t have long campaigns.

“When we do get her to the races, we know she has got plenty of ability and hopefully she can keep going this prep.

“She got a perfect run through today following the favourite the whole way around.

“She just needed a little bit of luck coming off the bend which she got and was very strong to the line.”

Winning jockey Barend Vorster was delighted with the win.

“I had a beautiful run,” Vorster said.

“She had a good draw, began well and put herself right into contention.

“I had the right horse in front of me which I knew was going to take me a long way.

“She ran a really good race.

“I must congratulate the team who have done a great job with her.

“Her last run was disappointing, and Tony chucked her out, worked on her and brought her back without having a testing trial.

“She felt really good and she has really improved from the trial.

“It was a nice strong win today.”