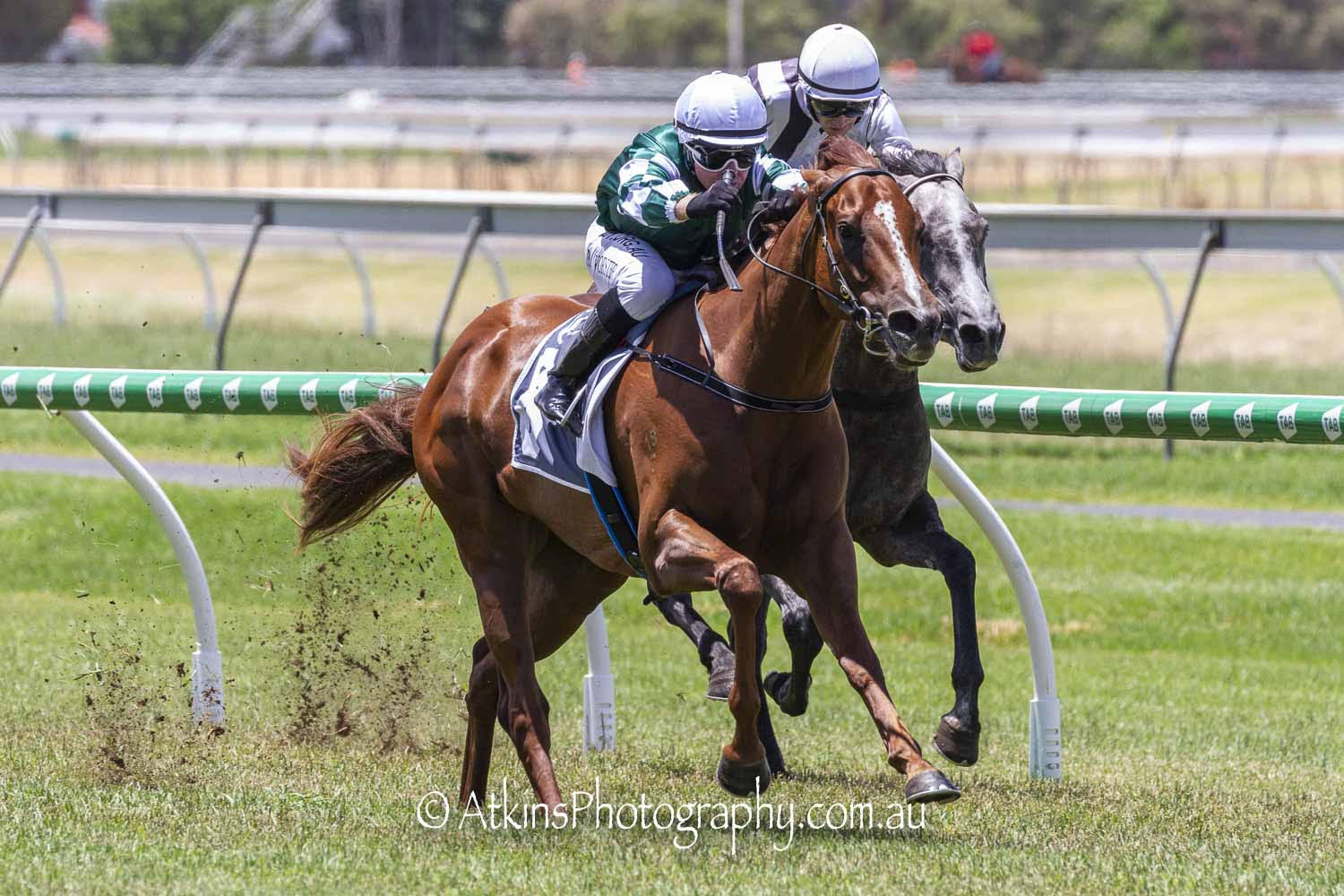 Stakes placed filly Zoushine broke through for her initial win at Morphettville on Saturday, December 5.

Trained by Tony and Calvin McEvoy, the daughter of Zoustar ran third in the Listed Queen Adelaide Stakes on debut as a two-year-old on May 2 earlier this year.

After one more run she was given a break and resumed at Ballarat in October with a good second behind talented filly Written Miss.

The trainers decided to bring her back to Adelaide for a confidence-boosting win and picked out the Furphy Three-Year-Old Maiden (1050m).

Ridden by stable jockey Barend Vorster, Zoushine, backed from $1.60 into $1.35 favourite, raced away from her rivals to score by three lengths from Daily Spirit ($5) with Outlaws Revenge ($8.50) a half-length away third.

The filly began well but Vorster was happy to sit third behind the tearaway pacemaker War Cheval.

Heading into the straight, asked to lengthen, Zoushine sprinted strongly to win easily.

SA stable foreperson Finn McCarthy said credit for the win had to go to the Victorian stable of McEvoy Mitchell Racing.

“It was fantastic to get a win,” McCarthy said.

“All credit has to go to the Melbourne yard for this win.

“She only arrived at our Angaston stables on Thursday morning, so they have done all the work with her.

“She’s been running in very good races and it was a big drop in grade for her and it is great to get the win.

“Zoushine is quiet as a mouse.

“Sometimes she can be a little bit tricky to ride but normally she is very well mannered.

“She has got plenty of ability.”

McCarthy said the stable believed Zoushine would get a good run in the race.

“We thought John Hickmott’s horse (War Cheval) would go forward and had hoped to sit just outside.

“She did get a lovely run through and was very strong to the line.”