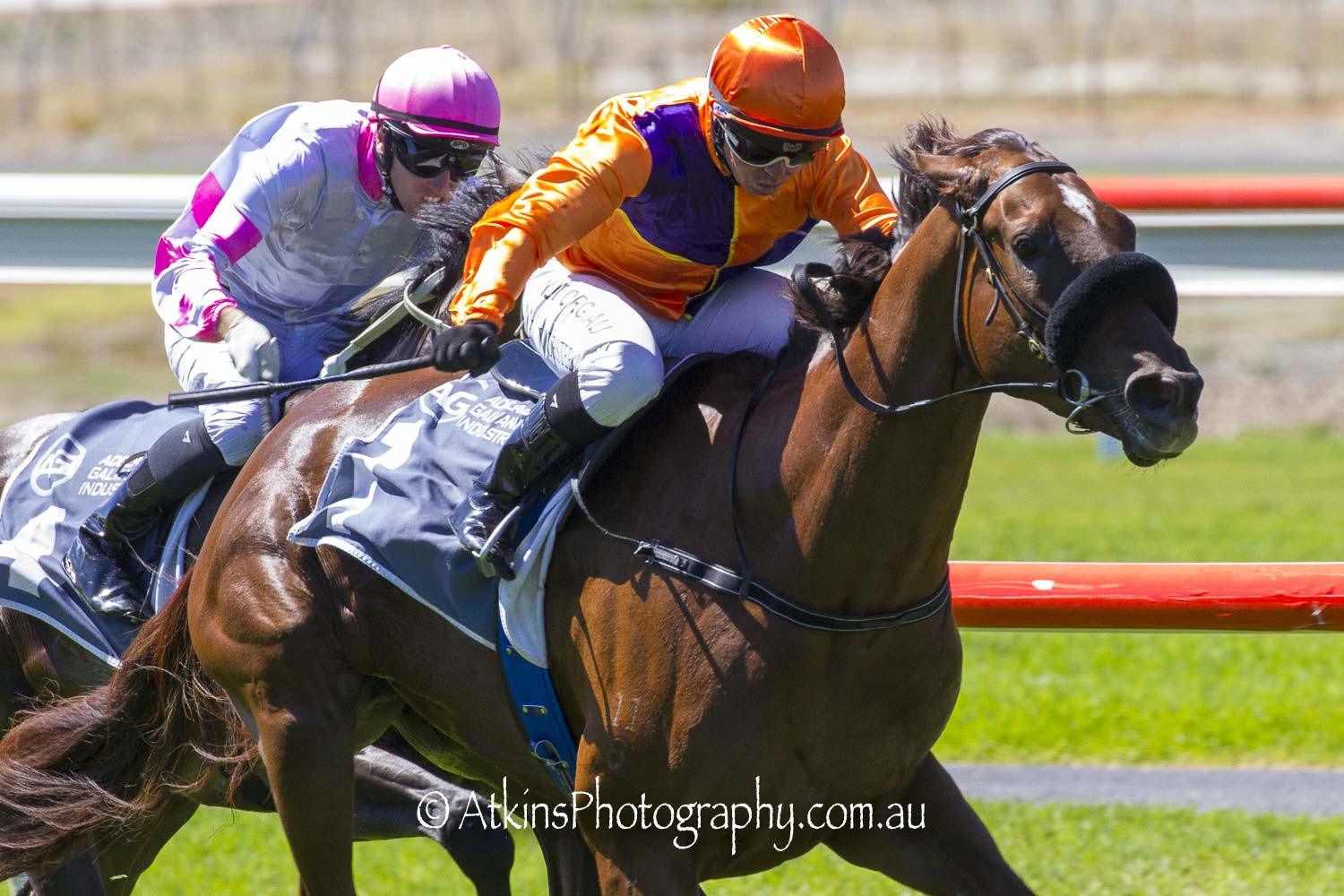 Despite a slow start, and being held up early in the home straight, Mac ‘N’ Cheese accelerated over the final stages to take out the Adelaide Galvanising Industries Handicap (1200m) for three-year-olds.

Ridden by Barend Vorster, the filly, the $3 favourite, scored by half a length from Hopon Harry ($5) with Suricate ($4) a similar margin away third.

The daughter of Sebring was having her first start since September last year.

As she can, Mac ‘N’ Cheese was slow to jump and settled towards the tail of the field.

She travelled well but turning for home Vorster had to work out where to angle the filly to obtain a clear run.

Past the 250-metre mark, he found the path for Mac ‘N’ Cheese and she dashed through for an impressive win.

“She falls out of the gates and really doesn’t really travel that sweetly.

“Barend just had to keep her going, it got a bit tight at the top of the straight.

“It was a fantastic ride and she really sprinted well today and backed up that we thought she had come back in good order.

“She has been working with some good horses and well done to the team at Ballarat.

“She came over a couple of days ago and has presented in good order.”

McEvoy said Mac ‘N’ Cheese was owned by Spendthrift Australia in partnership with the Myracehorse Syndicate.

“It is a bit of fun for the Myracehorse crew – she is a valuable filly being a half-sister to Exceedance.

The filly is very relaxed in the barrier stalls, she doesn’t get ‘antsy’ but just waits for them to open.

“When we step her up in grade she has to improve in that aspect.”

“She has a good fitness base and very athletic.”

Winning jockey Barend Vorster knew it was going to be a bit of a tricky ride.

“I always knew it was going to be a decision I had to make through the running knowing where I was,” Vorster said.

“Drawn in, I was never going to get the space I wanted.

“I know she has got the gears and I trusted that, and I knew the leaders were going to quicken up to give me time to get through.

“Once I pushed the button she was all over them – she is a really nice quality filly.

“She has always been a tall filly with a long stride, I still feel she will develop into her frame a bit more.

“When she gets to four or five, she is going to be a nice strong mare, but at the moment she is still a bit lean and athletic.

“She has a good engine and mentally has improved from last time.

“Onwards and upwards from here.”