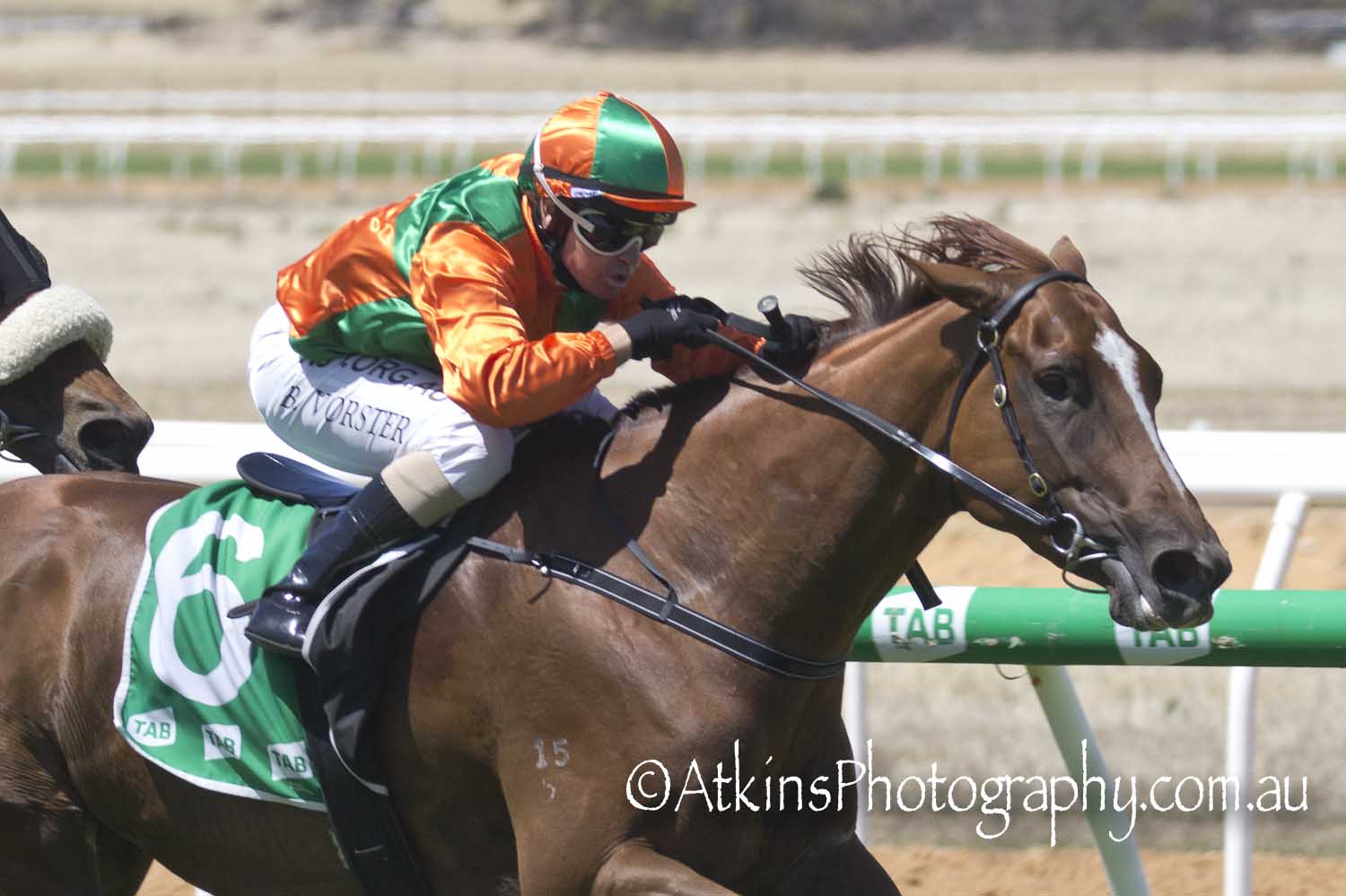 Consistent mare Jentico notched her fifth win, and third this preparation, with a comprehensive victory at Murray Bridge on Saturday, January 11.

A solid $2.50 favourite, Jentico sat wide in running but drew clear over the final stages to score a 1-1/4 length victory from Table Of Wisdom ($41) with Regalo Di Gaetano ($6), a head away third.

Jentico was bred and is owned by Victoria’s Lauriston Thoroughbred Farm.

“I was never really worried in the run even though she was covering a bit of ground,” Cornell said,

“Jentico ran well in a Group race in Melbourne after winning a couple here.

“She ran poorly at Pakenham and we are not sure what went wrong but then she ran well at her last run at Caulfield.

“The form said she would be hard to beat today.

“I think Tony will now sit down and have a look at a program for the mare.

“The owners (Lauriston Thoroughbred Farm) are breeders so we would love to get some black type with her.”

Barend Vorster, the winning jockey, said he had always been confident of victory and the mare deserved to pick up some black type.

“Tony and Calvin have her going in such great form,” Vorster said.

“She is an absolute beauty of a ride, she tries her heart out.

“Today, I had nice cover down the back but getting to the corner the pace picked up a bit and she was stranded out there.

“But as I said to John, if she is smooth, she is happy, and she did it beautifully and when I asked her the question she was game and honest, and she just kept doing it.”