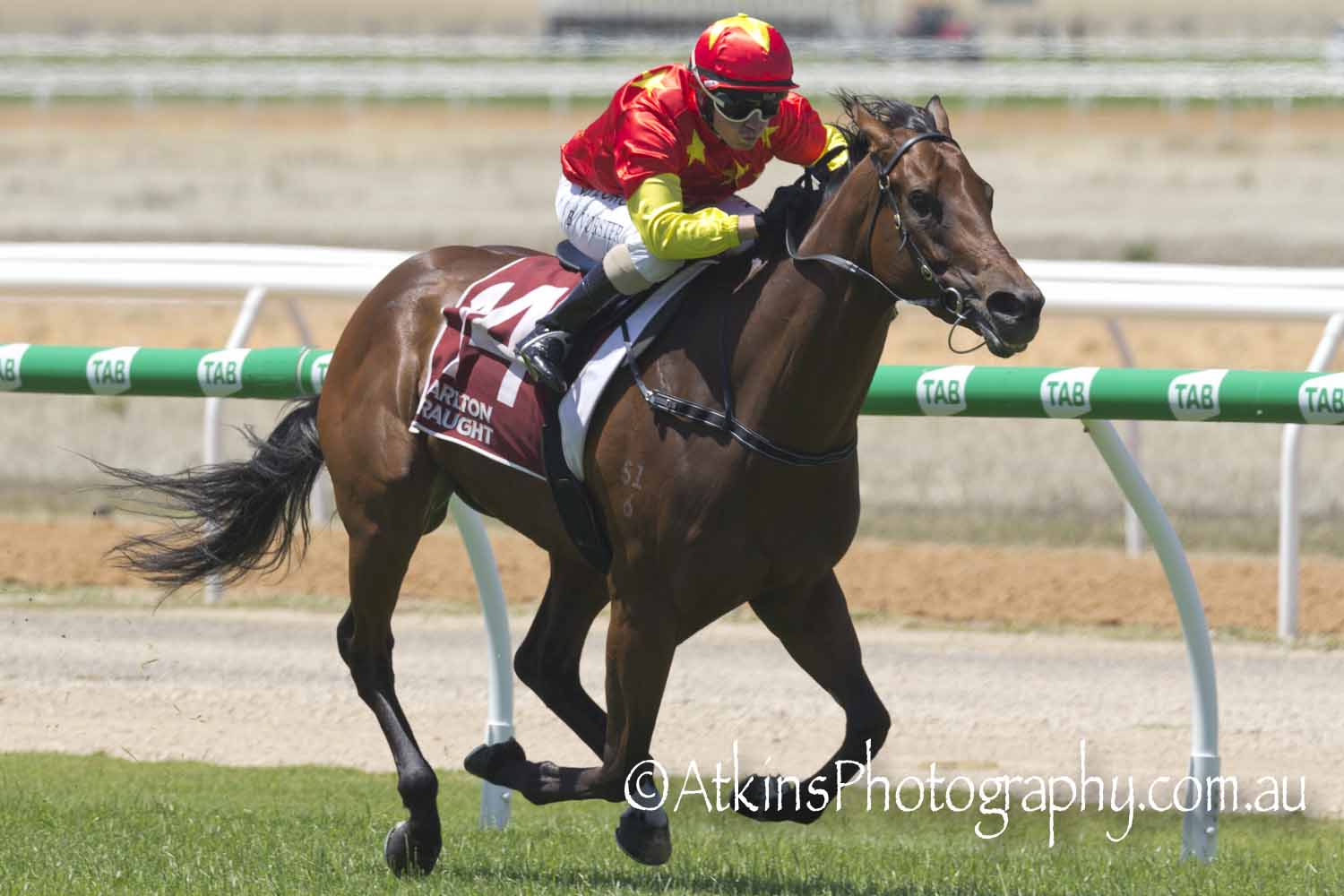 After being touted in her two-year-old season as a possible Magic Millions contender, Just Zerene after several runs and some disappointing race day antics, finally put it all together.

A red hot $1.40 favourite, the three-year-old filly, after a lot of pre-race work and plenty of barrier assists, consented to run in the Premi-Air Refrigeration & Air Conditioning Benchmark 56 Handicap (1000m), then showed the ability the McEvoys knew she possessed.

Ridden by Barend Vorster, Just Zerene raced away from her rivals over the final 200 metres to win by six lengths from Mum’s My Hero ($10) with Ready Sunshine ($31), a long neck away third.

“It was a big thrill for everybody in the McEvoy Mitchell team,” Cornell said.

“There are a few people who have put a lot of work into this filly.

“Finn McCarthy, Josh Brooks-Clark, Calvin (McEvoy), myself and Ben Loads over at Mallala.

“She’s been a little bit of trouble but to get a result like that is terrific.

“We’ve never worried about what ability she has got.

“We’ve always known that she has probably been minimum black type material, we just needed to get her right.

“It was a very good result for everyone today.”

Winning jockey Barend Vorster was another delighted with the victory.

“It is always frustrating when you know they have ability,” Vorster said.

“Credit to the owners for the patience giving Tony the time to fix her issues.

“For me it is just a matter of getting on and hanging on.

“The stable, Johnny (Cornell), the guys behind the barriers have done a magnificent job with the filly and I’m just happy she is going forward.

“We know what she has got, it is just a matter of getting her mind right and I think we have her going in the right mindset now.

“She is racing now and is going to be against some good horses, and she has got to know what she is doing, and she showed them today.”