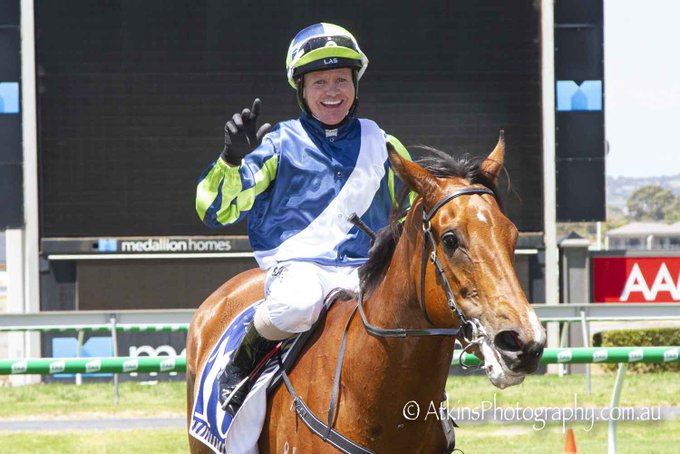 It has taken a while for Fields Of Ivy to reach the racetrack, but she showed the wait was worthwhile with a first up victory at Morphettville on Tuesday, November 5.

The victory brought up an early double for the McEvoy training partnership and Vorster as they had won the previous race with Balaabel.

Fields Of Ivy, by Deep Field, began well and was able to settle just off the speed in the run to the home turn.

The filly moved up to take the lead early in the home straight and ran through the line strongly to win well.

John Cornell, South Australian stable foreman, said it had been a good performance.

“The owners have been very patient with her,” Cornell said.

“It has taken a long while to get to the racetrack, but it has been worthwhile today.

“She is a big filly which we sent to the Gold Coast as a two-year-old but she went shin sore.

“She never raced up there and came back to Adelaide but then got an injury in a paddock and that is why she has taken a while to get to the track.

“When you look at the size of her it probably hasn’t hurt her.

“She had a trial at Cranbourne in Victoria in August but wasn’t really coping with the environment, so we took her up to the farm for a couple of weeks to let her chill out.

“The farm does wonders for them and she has come back great.”

Winning jockey Barend Vorster was impressed by the win by Fields Of Ivy.

“I was able to bide my time on settling and get a trail up to the home turn,” Vorster said.

“Going through the 600 metre mark my filly got a little bit intimidated by the inside horse and she was half looking at him.

“That was why I had to get alongside him knowing my filly was going to give a good kick.

“Once I got alongside she started to concentrate, got down to the business and did well.

“She will take a lot of improvement from the run.

“Her last trial was good but always the race experience is going to benefit them greatly.

“Even stepping up to 1400 metres will help her as well but I’m sure Tony and Calvin know what they are doing.”