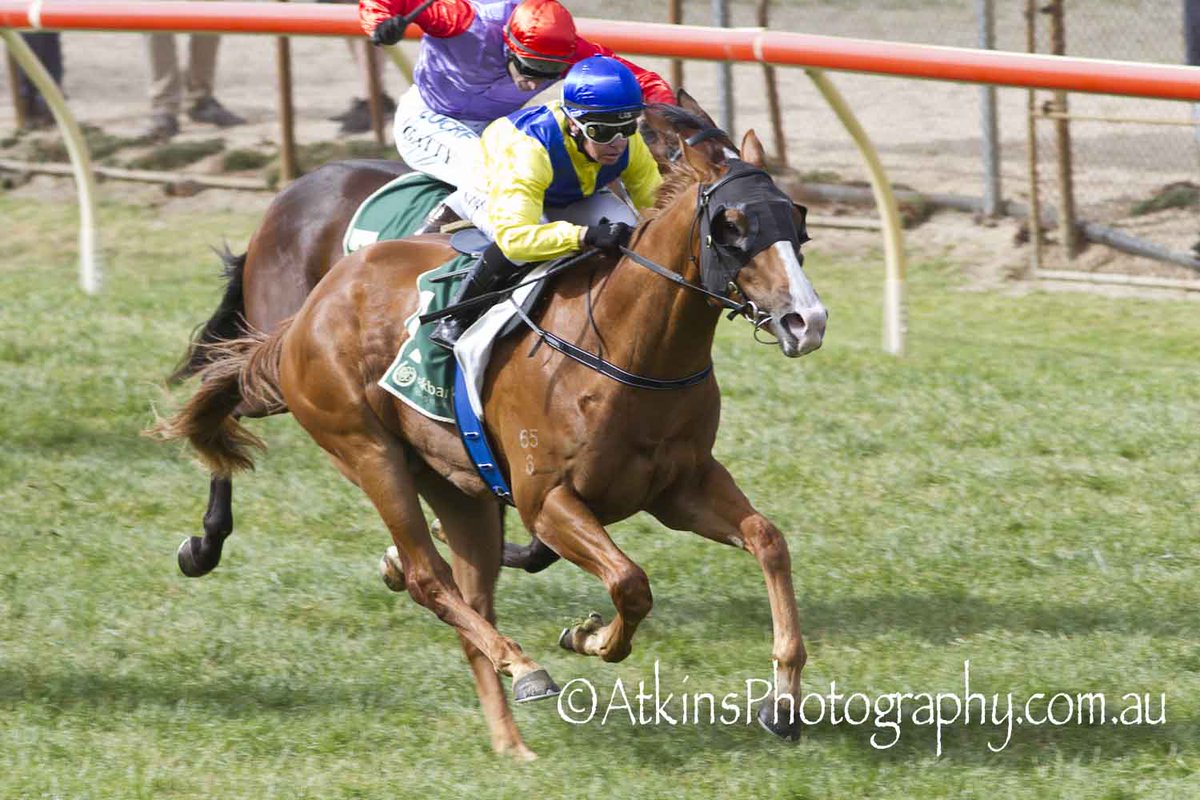 Trainer Tony McEvoy was full of praise for both horse and rider after Abshiroo, ridden by Barend Vorster, won at Oakbank on Easter Monday, April 22.

An odds-on favourite at $1.70, Abshiroo scored an all-the-way one length win in the Sugar Financial Two-Year-Old Class One Handicap (1050m) beating Cartier Tiara ($14) with Oolong Gaze ($31), a half-length away third.

“I believe the winner is a definite Saturday Melbourne class performer,” McEvoy said.

“As an early two-year-old I rated him highly and ran him in the Maribyrnong Plate, but he was too colty.

“He was gelded and had a break and is now two-for-two this preparation.

“From gate one today, Barend had him out wide because of the track condition and for a two-year-old to lead without a rail to guide and win as he did was first class.”

McEvoy said he would look at the Adelaide carnival program but was thinking he might send Abshiroo to Melbourne for a suitable race.

The trainer was also very complimentary of South African jockey Barend Vorster who has become stable jockey after spending a long stint in Singapore.

“I believe Barend is worth a few lengths.

“We walked the track today and agreed the best going was about four to five horses off the fence.

“From gate one, I thought he would have trouble getting Abshiroo out to the best ground, but he did it beautifully.

“Once in front, he rated the gelding perfectly and was always in control.”