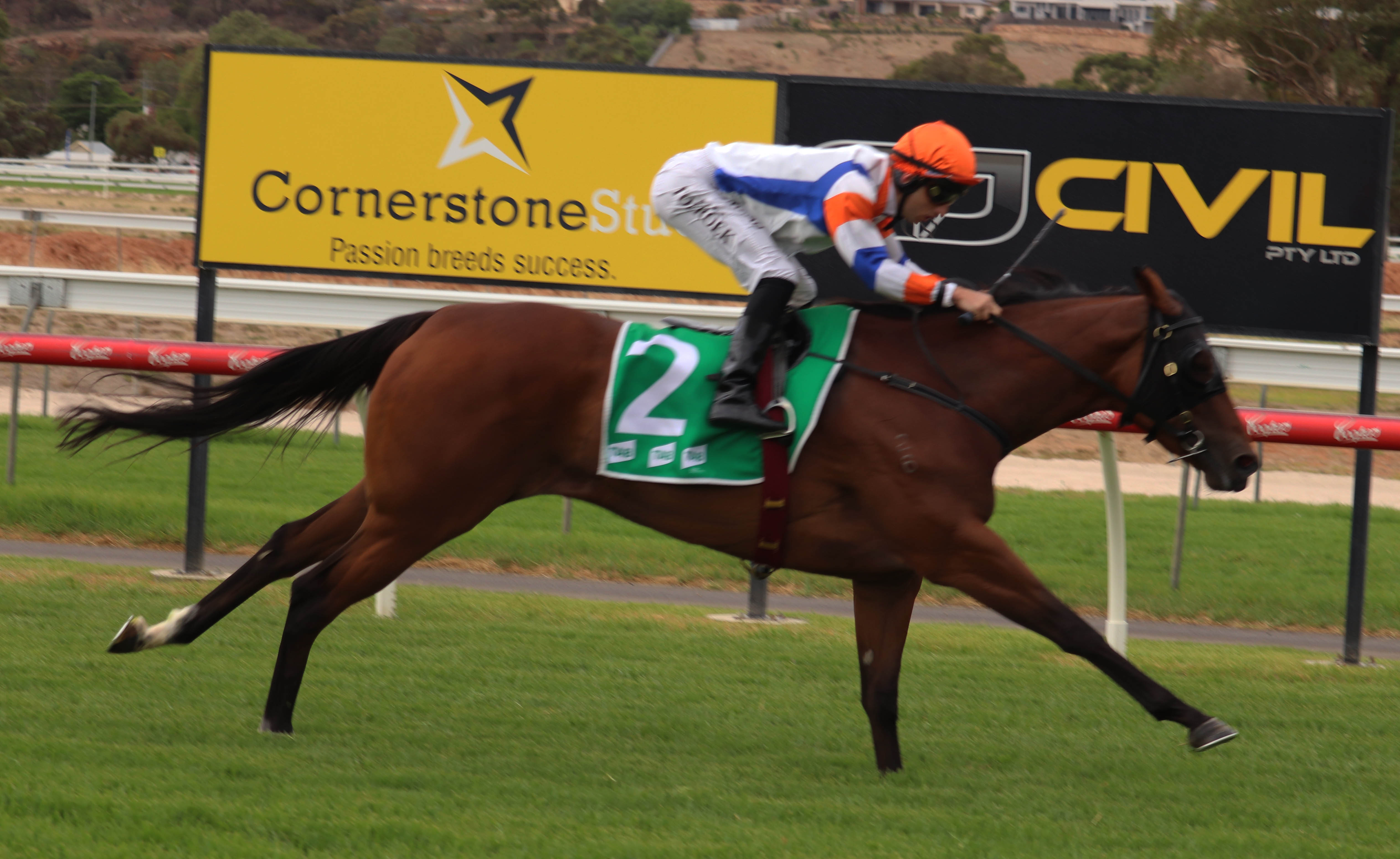 Three-year-old filly Hills looks one to follow after a winning return at Gawler on Wednesday, March 18.

Coming from the outside draw in the field of eight, the three-year-old, carrying 59kg and tackling older horses, began well and Toeroek had her quickly across and settling second.

Turning for home, the jockey asked Hills to extend and she dashed away to win easily from With Pleasure ($15), with Antrim’s Secret ($3.70), a neck away third.

A winning her maiden at Ipswich in Queensland as a two-year-old, the filly struggled for form last preparation and was given a break.

Toeroek, who started his apprenticeship with Tony McEvoy, before moving to the city, was delighted to notch another winner for Kildalton Park.

“My last winner for Tony was a horse called Our Sphinx back on September 22, 2012.

“So, it has been nearly eight years – I hope it doesn’t take that long for the next one.”

“We were really happy with her trial at Oakbank in preparation for today,” Cornell said.

“We asked for a strong trial and it was with about seven or eight lengths back to third.

“We didn’t think she would lack anything in fitness today.

“It was a good effort from a wide gate, carrying 59kg and she did a bit of work early – it was a strong win.

“We’ve always thought she was Saturday grade, but she lost her way a little bit when last in work.

“She has come back from a spell, a bit stronger and a bit more mature in herself.”

Cornell said he felt Hills would get out over a bit more ground this preparation.

“I spoke to Tony this morning and with that weight and not a lot of speed on paper we decided to be aggressive,” Toeroek said.

“I was able to keep her out of trouble and at the 600 metre mark I was pretty confident.

“I thought she trialled really well at Oakbank and judging by today’s win she can go through the grades.

“It was great to ride a winner for Tony & Calvin and be part of the team.”