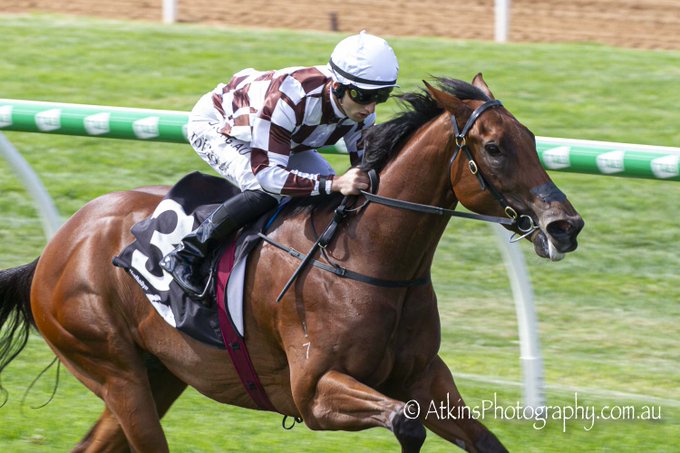 Sent out the $2.30 favourite, the filly sat second outside the speed early before accelerating away for a comfortable win from Shebringzit ($14) with She’s Tricky ($3,50) a neck away third.

“We’ve had a high opinion of her from day one,” Cornell said.

“However, she doesn’t have the best wind which probably hampers her a bit.

“She’s got a huge pedigree this filly, she is a half-sister to Sizzling, by I Am Invincible, and raced by the breeder John Muir.

“It is good to get a result for him today, and now she is a winner.

“Cinderella did a few too many things wrong on debut and didn’t get it quite right.

“Then in the Cinderella Stakes the best part of her race was probably the last 100 metres suggesting a little bit further would suit her.

“Damien Thornton rode her in the Cinderella over 1050 metres and suggested she would settle better with the blinkers off to help her breathing and he was spot on.”

“She could be a serious racehorse,” Toeroek said.

“She was never going to get beaten today and won unextended.

“If Tony & Calvin can get on top of her breathing issues, she is certainly a stakes-class filly.

“I haven’t ridden a filly which made such an impression for some time.”