McEvoy Mitchell RacingLatest News Four in a row for Quaffany 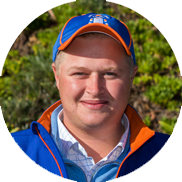 Four in a row for Quaffany

Promising stayer Quaffany made it four wins in a row with another impressive victory at Morphettville on Saturday, September 14.

Trained by Tony & Calvin McEvoy, Quaffany ($2.25 fav), ridden by Todd Pannell, again displayed his stamina running home powerfully to win in the Seymour Bloodstock Benchmark 80 Handicap (2600m) by a half-length from Serenade The Stars ($2.70) with Bling Dynasty ($5.50), 7-1/2 lengths away third.

After notching three wins in Victoria in midweek company, the McEvoys decided to raise the bar by bringing him across to Adelaide.

Co-trainer Calvin McEvoy said the four-year-old was continuing to handle each test put him front of him.

“He ran the trip out very strongly so there seems no reason why he won’t get even further.

“Todd was still only hands and heels and running away from the runner up and they spaced the rest of the field.”

“To win four races in a row is no easy task.

“And for Quaffany he won over 2400 metres only 10 days ago, then had a trip to Adelaide arriving on Thursday, then won over 2600 metres today.

“There didn’t look to be much pace in the race today, but I told Todd not top change anything with his racing pattern.

“Just let him get into a rhythm, then improve late.

“He probably got to the front a bit too soon but was travelling so well there was no other option.

“The runner-up made a race of it over the final stages but Quaffany always looked to have his measure and was running away on the line. Perhaps an Adelaide Cup might be an option next year.”

McEvoy said because of his recent racing it was likely the four-year-old would be given a bit of an easy time as the gelding’s future was planned.