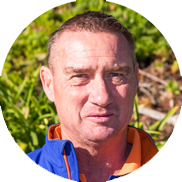 Like a super shopper seeking a bargain at a Boxing Day Sale, Shop Til I Drop weaved between runners to notch her fourth straight victory at Morphettville on Saturday, September 21.

Courtesy of another brilliant ride by Barend Vorster, Shop Til I Drop, again came from near last to score a brilliant win in the Fleurieu Milk Company Benchmark 70 Handicap (2014m).

An easing $3.40 favourite, the four-year-old mare won running away by a half-length from Dr Dependable ($6) with Grabbing Glory ($4), a similar margin away third.

A late maturing mare, owned by Linda and Graham Huddy’s Peachester Lodge, Shop Til I Drop has won her last four races, all in similar fashion, sitting back in the field then weaving between runners in the home straight and sprinting powerfully to the line.

Such was the case again today as the daughter of Savabeel was held up between horses about 300 metres from the finish.

Vorster steered her down towards the inside, pushed through the narrowest of openings but once clear she accelerated like a shopper about to grab the final bargain.

South Australian stable foreman John Cornell said it was tough for a horse to win four in a row but “she’s done it.”

“She needed luck today but Barend was able to weave a path,” Cornell said.

“She found the line, she’s got a great turn of foot.

“You’ve got to let her find her feet early, don’t bustle her and she’ll have that turn of foot for you.

“When you ride mares like this, I know her so well and I know what she is going to give me,” Vorster said.

“She is not the type of mare you can go swooping around the outside, she is not going to be able to do it.

“She gives you her kick at the right time and she gets there.

“She’s all heart and done so well and I’m very proud of her.”

Shop Til I Drop now has four wins from just seven starts as she continues to step up in distance.