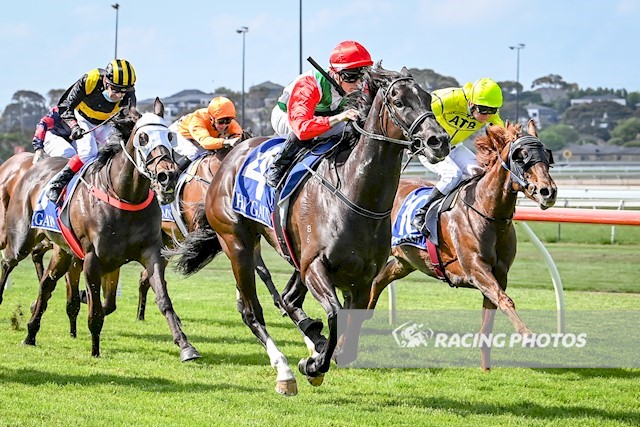 Lightly raced Eluding, trained by Tony & Calvin McEvoy, gave an indication of his talent with a brilliant win at Warrnambool on Friday, November 5.

Despite covering ground, Eluding raced away to score a comfortable victory in the Breakwater Insurance Benchmark 64 Handicap (1300m).

Ridden by non claiming apprentice Will Price, the five-year-old, a drifter to start at $11, won by 1-1/4 lengths from Ornamental Lady ($4.60) with Madam Mischief ($3.60 fav), three-quarters of a length away third.

Having just his eighth start, Eluding began nicely but was caught three wide in the run to the home turn.

In the home straight, Price asked the gelding to extend, and he quickly gathered in the leader then held off the chasing pack.

“It was a very tough effort,” Hanley said.

“Three deep, no cover, on the home turn I was thinking he had the job ahead.

“He’s been a little frustrating this fellow for the owners but thankfully they have been very patient.

“He’s had a few niggling feet issues, and soundness issues, but he came to Warrnambool in tip top order.

“Will (Price) comes in and does a bit of work for the stable so it was great to see him get a winner for us.”

Winning jockey Will Price said Eluding had to do it the hard way to win.

“I thought I was going to be able to get in for a sit, but it did not eventuate and I had to go with the flow.

“I had the opportunity to come in and get a bit of cover later but it was probably a touch late in the race to be dragging him back.

“He was already in a good rhythm and breathing nicely, so I didn’t want to take that away from him.

“He travelled up really nicely and I felt confident coming around the corner and he was just too good.

“Obviously it was not ideal to be wide, but he can do it from out there and I just wanted to keep him flowing and not stop his momentum.”