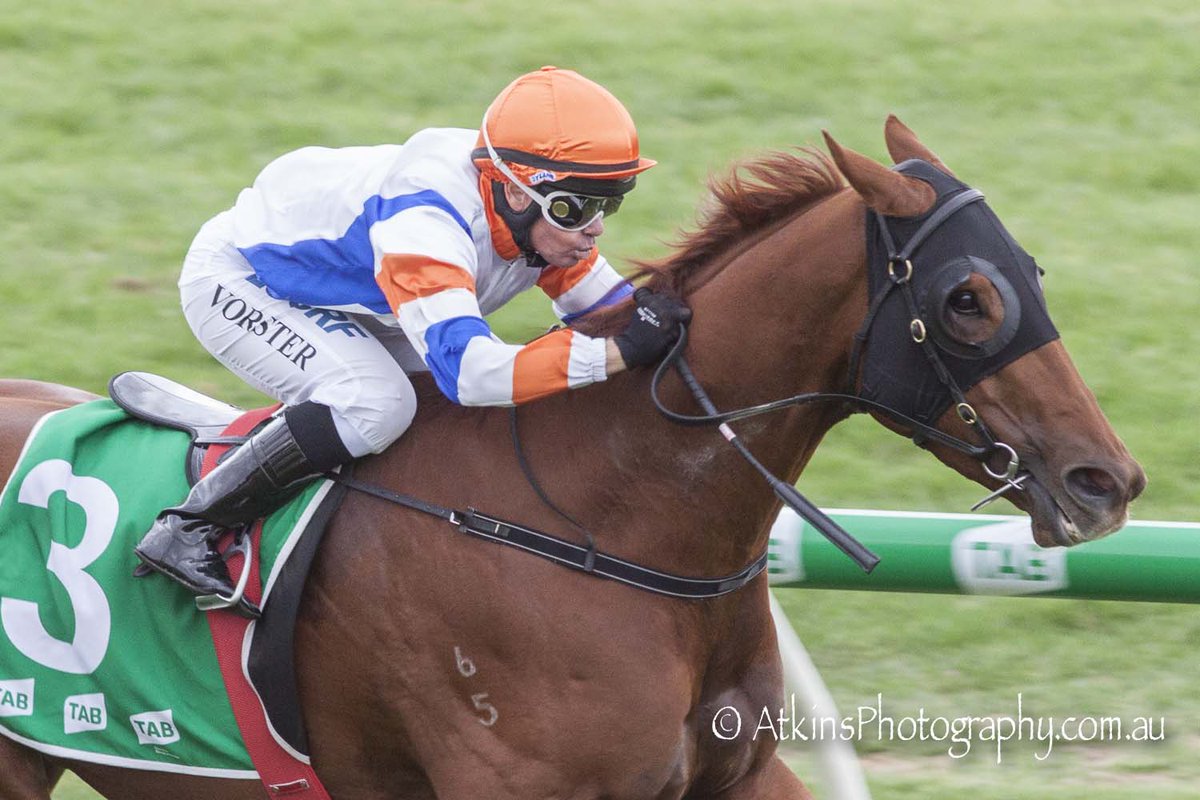 Trainer Tony McEvoy was delighted with his 100 percent strike rate at Murray Bridge on Wednesday, April 17 – one runner for one winner.

First starter Diplomatic Measure ($2.40 fav), ridden by Barend Vorster, bounced out quickly and led throughout to win the Clem & Ada Graetz Memorial Maiden (1400m) by a half-length from Serious Spender ($3.90) with Kalliste ($31), 4-1/2 lengths away third.

“I have always thought he would be a metro class performer,” McEvoy said.

“Murray Bridge has been a dynamite leader’s track, and today that suited us perfectly.

“Every time we had him nearly ready to race, he would either nick himself, get a cut, a foot abscess or something minor which stopped us going to the races.

“Today, we finally made it and he didn’t let us down.”

McEvoy said he would look for a suitable city race but with the carnival coming up in Adelaide he might have to stay at the provincials for one more run.

For winning jockey Barend Vorster it was another case of his first ride at a track for a winner.

“You go to the races with the right engine and it makes the job a lot easier,” Vorster said.

“He began beautifully and had been well educated at home.

“A few wanted to come with me early, but he found another gear and eventually won well.

“He did everything the right way and I think he will get a longer trip – the further he goes the better he will be.”

Diplomatic Measure was purchased by McEvoy Mitchell Racing for $150,000 at the 2017 Inglis Premier Sale.