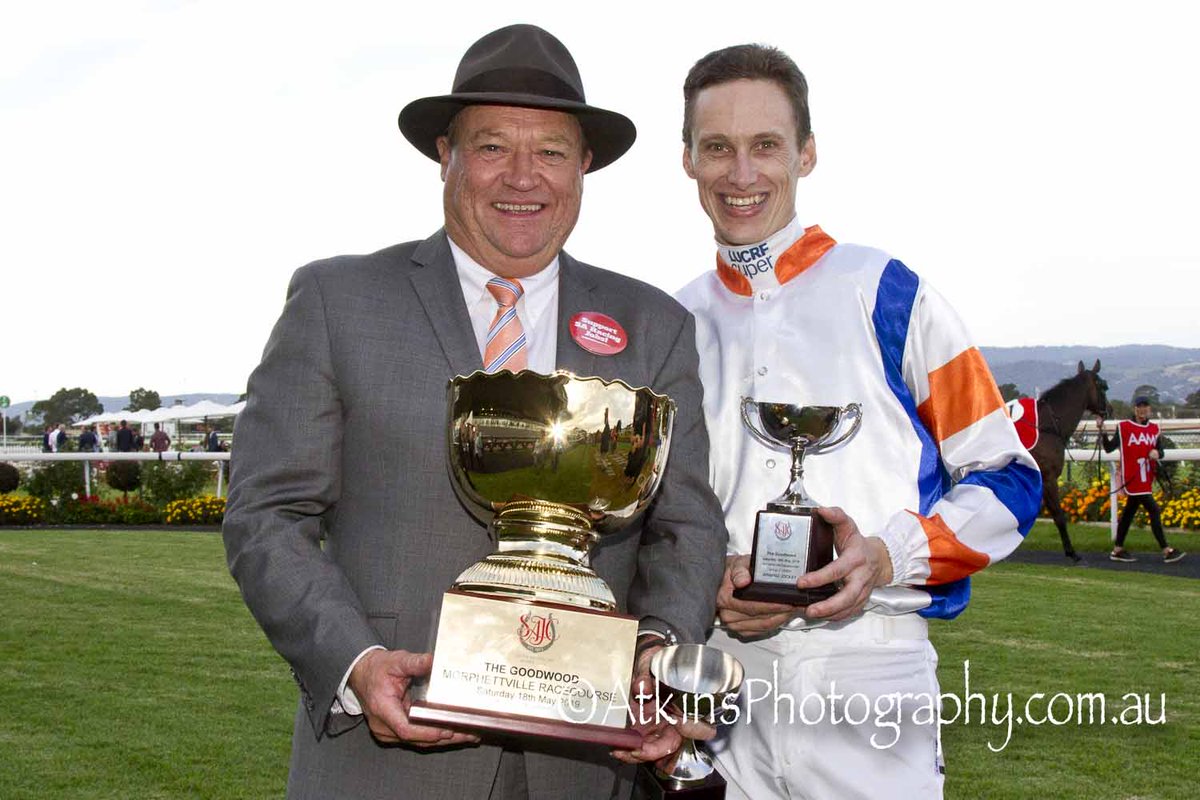 Courageous Despatch produced the performance of his short career to lead throughout in the Group One Goodwood Handicap (1200m) at Morphettville on Saturday, May 18.

As the four-year-old continued to step up to the challenges set by trainer Tony McEvoy, Despatch, in winning his first Group One, and taking his record to seven wins from just 11 starts, delivered highlights for many involved.

Hard-working and popular South Australian jockey Todd Pannell said he had to convince himself on the return to scale that he had just won his first Group One race.

Despite winning his past three starts, Despatch was a big drifter in betting easing from $12 to start at $21 but that made difference as he gave his rivals something to catch, and they couldn’t scoring a neck win from Behemoth ($13) with Spright ($3.20 fav) a length away third.

Despatch began very quickly from gate four and while Pannell had been expecting to settle fourth or fifth, he went to ‘Plan B’ and took the gelding to the front and rated him beautifully.

After a ‘soft’ sectional mid-race, Pannell asked Despatch to sprint over the final 300 metres and the gelding responded. The minor placegetters ran on well late but couldn’t catch the winner.

“Johnny Cornell, Calvin (McEvoy), Mark at home, and my staff, there are so many people to thank for getting this horse back into the gates,” McEvoy said.

“I’ve also got to thank the authorities here in South Australia. They’ve allowed to make him a risk horse, and I believe it should be a rule Australia-wide because it gives these horses and the owners a chance.

“This win means so much to me, it is a time-honoured race. In South Australia.”

Jockey Todd Pannell said it sounded “pretty good” to be known as a Group One winning jockey.

“I’d like to thank Tony McEvoy and the owners for giving me this opportunity,” Pannell said.

“Coming back, I had to keep telling myself this is the Goodwood.

“He jumped too good and got into his stride straight away and I thought after a furlong I’m going to take it up here.

“He strode along and had a good cheap run mid-race and a good kick at the finish.

“I was still there at the 100 and there was nothing challenging me, and he just had to hold on that last little bit.

There was no rest for Despatch,

After inspecting him on Sunday morning, McEvoy made the decision to float him to Melbourne straight away and he was booked to fly to Queensland on Tuesday with the goal of contesting the $1.5 million Stradbroke Handicap (1400m) at Eagle Farm on Saturday, June 8.