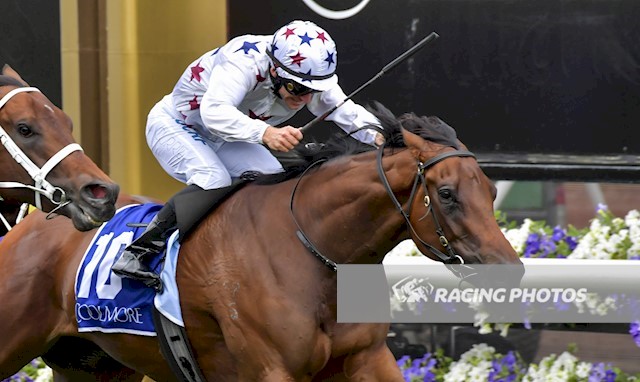 Congratulations to the ownership group of Sunlight in securing her slot in the Everest! Story below by Ray Thomas at News.com.au

Sunlight, the nation’s most successful Group 1-winning sprinter this season, has secured a start in the $14 million The Everest.

Slot-holders Max Whitby and Neil Werrett made their move on Friday, negotiating a deal with Sunlight’s owners to secure a start in the world’s richest turf race, run at Royal Randwick later this year. Whitby said they had been chasing Sunlight for some weeks and were delighted to have finally locked in their Everest runner.

“Sunlight is an exciting sprinter, a proven Group 1 winner, and we are just relieved to have her for the Everest,’’ Whitby said. “We went close a couple of years ago with Vega Magic (second) and hopefully we can go one better this spring.”

“Both Neil and I are big fans of (trainer) Tony McEvoy so it is great to be involved with him and Sunlight. I was hoping Tony would keeping training out at Hawkesbury as I was going to load him up with my horses. He’s done a great job with Sunlight so far and I know he believes she will be a very good chance in The Everest.’’

McEvoy has indicated Sunlight is likely to have at least one lead-up run into The Everest, run at Royal Randwick on October 19. She is also expected to contest the $7.5 million Golden Eagle (1500m) at Rosehill Gardens on November 2.

Sunlight has won more Group 1 sprints than any other horse in Australian racing this season with her success in three majors — Coolmore Stud Stakes, Newmarket Handicap and William Reid Stakes.

She boasts impeccable Everest credentials with wins at weight-for-age and under handicap conditions, beating the older horses twice at Group 1 level.

Sunlight hasn’t raced since enduring a luckless run when trapped three wide without cover before finishing a brave third to Santa Ana Lane in the TJ Smith Stakes at Randwick last month. In early TAB Fixed Odds betting on The Everest, Sunlight is at $9 behind favourite Santa Ana Lane at $5.

Meanwhile, the Australian Turf Club has commenced a worldwide search for a sprinter to run in their slot in the Everest. ATC has called for expressions of interest from the connections of sprinters, both domestically and internationally keen to run in the race. It is understood ATC club wants to secure a runner that helps promote Sydney racing and the club to new and existing local and worldwide audiences.

In the inaugural Everest two years ago, ATC joined with Australian Bloodstock and its Japanese-bred sprinter Brave Smash to claim third placing behind Redzel. ATC had a similar result last year with Godolphin sprinter Osborne Bulls finishing in the minor placing as Redzel went back-to-back in The Everest.

“The ATC remains diligent in its search for a suitable horse who will not only be highly competitive in this world class race but also offer marketing and promotional opportunities to a broad audience,’’ ATC’s James Ross said.

“Racing fans from around the world will be following the key pathway races that lead to selection and we look forward to working with interested parties.’’