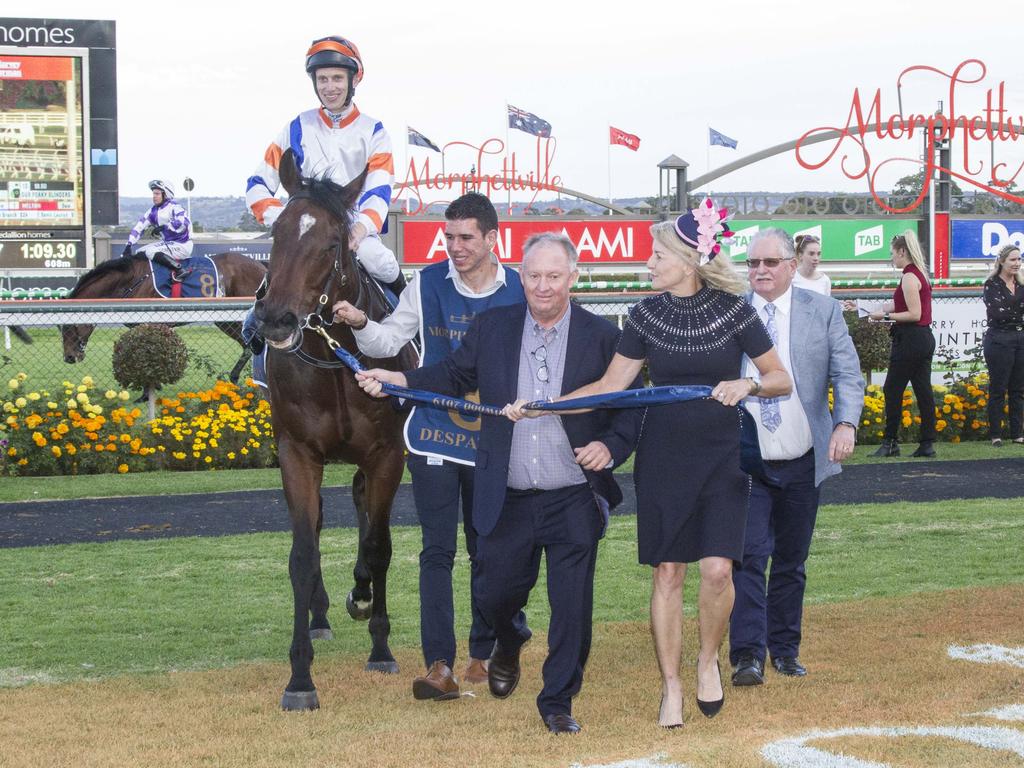 Goodwood Handicap winner Despatch has created his own piece of history this preparation.

The son of Written Tycoon has now won seven of his 11 starts earning $954,105 and proving a value purchase by McEvoy Mitchell Racing at $195,000 when he topped in the 2016 Magic Millions Adelaide Yearling Sale.

Despatch is now in Brisbane where he will attempt to following in the 2018 hoofprints of Santa Ana Lane and complete the Goodwood Handicap – Stradbroke Handicap double.

In 2016, Black Heart Bart beat Under The Louvre in the Goodwood, then the latter turned the tables in the Stradbroke, the pair again running the quinella.