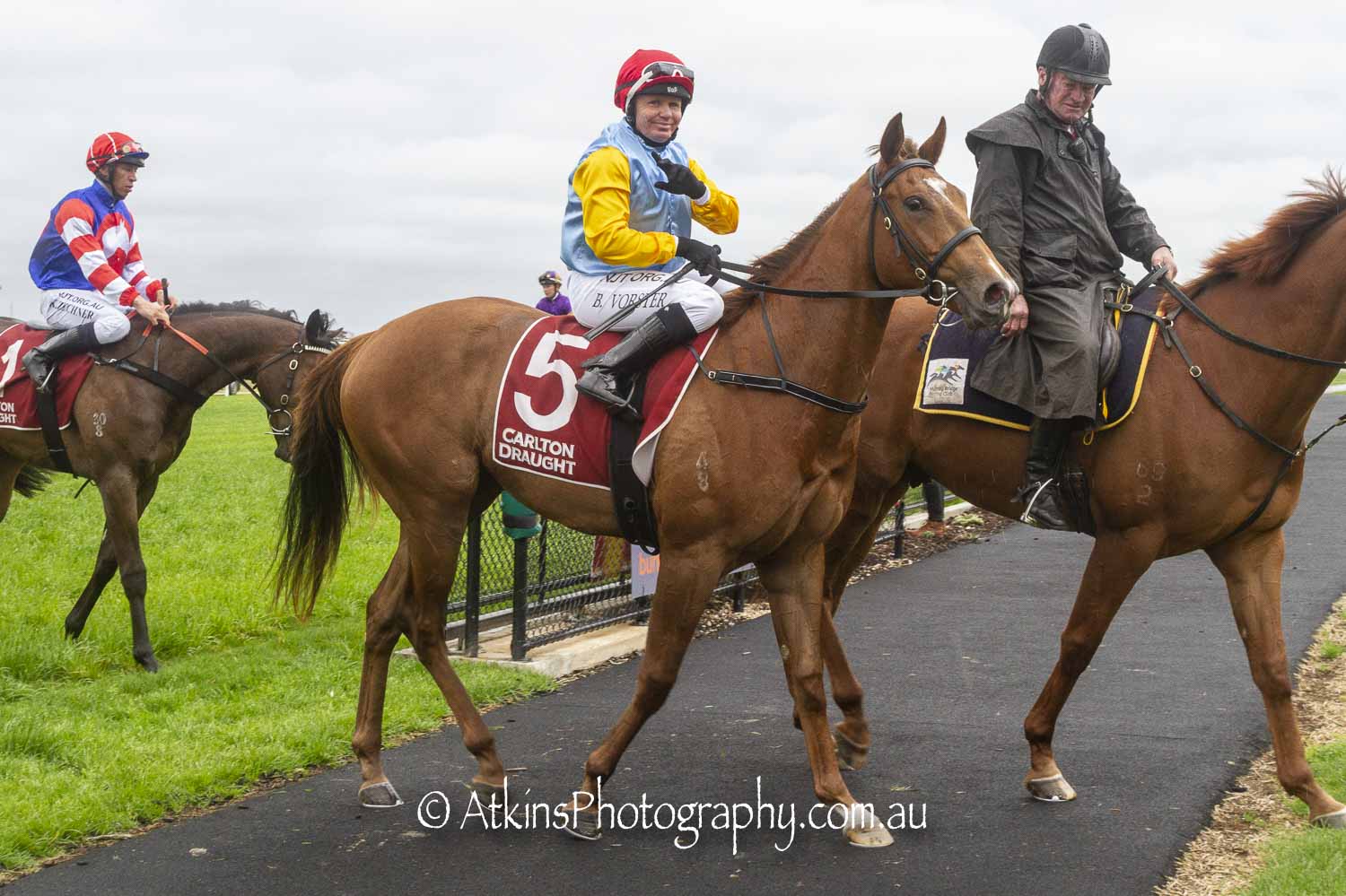 A group of first-time owners experienced the joy of a win with their first runner at Murray Bridge on Friday, October 16.

The Tony & Calvin McEvoy-trained Desired was an all the way winner in the Bridge Carpet Court Plate (900m), the first two-year-old race of the season in South Australia.

Sent out the $2.45 favourite, Desired, ridden by Barend Vorster, scored by 1-1/4 lengths from Princess Raffles ($8) with Witness Greatness ($5), two lengths away third.

Included in the ownership group is the Augusta Belle Syndicate, managed by Jack Cripps, Sales & Syndicates for McEvoy Mitchell Racing.

“There are a group of three in the syndicate who independently approached the stable about becoming involved in horse ownership,” Cripps said.

“They were only interested in small percentage purchases and I was able to group them together to be part of a syndicate.

“Everyone was ecstatic to see the filly win on debut, she really has given a huge thrill for the syndicate members and their families.

“We have had a lot of enquiries about joining McEvoy Mitchell Racing with only small percentage shares and I have formed several syndicates.

“We can always find nice horses for anyone interested in experiencing the ownership thrill like the owners of Desired did today.”

Desired, a daughter of the stallion Rich Enuff, was beautifully educated and began superbly to find the lead comfortably.

She was pressured mid-race but sprinted strongly in the home straight to win well.

Tim Hanley, stable spokesman for the McEvoys, said it had been an impressive win.

“We have been a little bit easy with the two-year-olds at home this season,” Hanley said.

“But this filly just stood up and pleased at home.

“Tony & Calvin have been very happy with her and thought she was perfect to come to the races.

“She was very professional and did everything right while a few behind her were a bit wayward – I think that was the difference.”

Latest News
Share
Dollar For Dollar is in the TAB Everest! Previous
Partner wins another Cup Next