McEvoy Mitchell RacingLatest News Dollar For Dollar is in the TAB Everest! 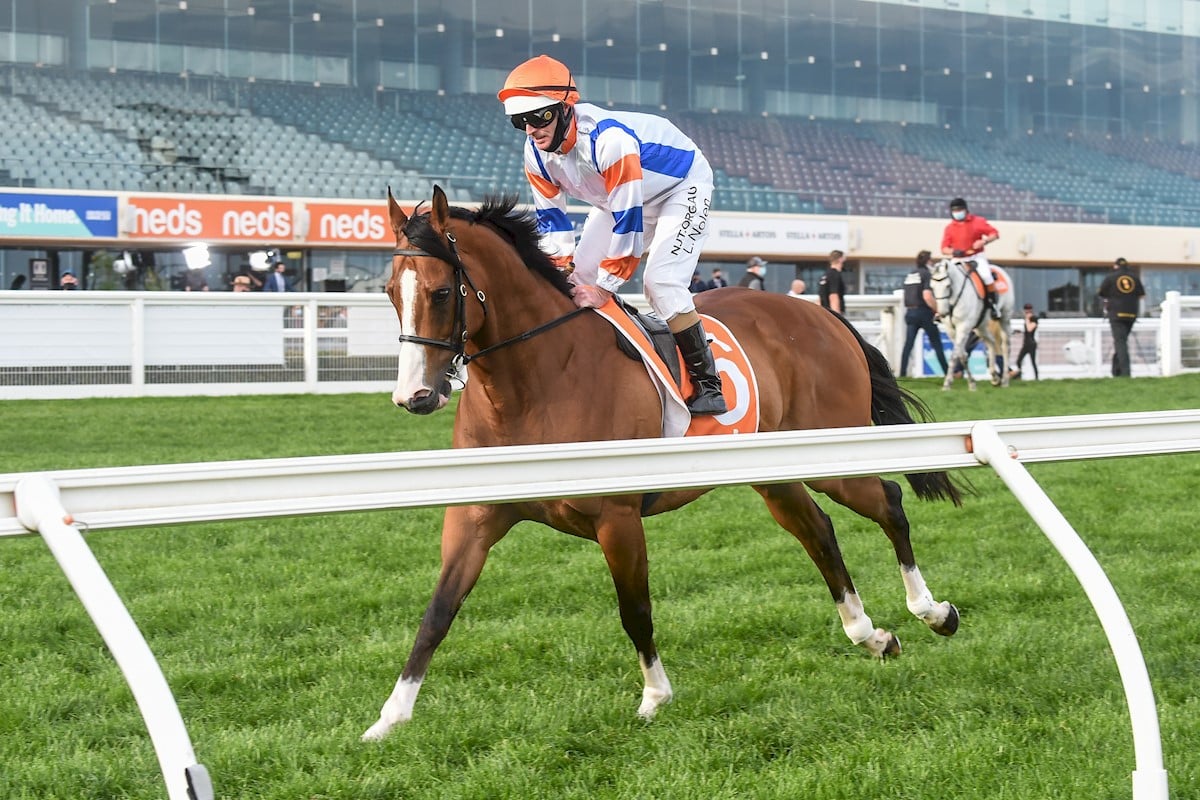 Dollar For Dollar is in the TAB Everest!

We are thrilled to announce DOLLAR FOR DOLLAR has gained a slot in the 2020 TAB Everest!

He will run on behalf of slot holders Aquis Farm, who had to scratch their Golden Slipper winner Farnan on vets advice.

“When I received the call from Shane McGrath (Aquis Farm CEO), telling me he wanted Dollar For Dollar to run for them in the Everest, it was extremely exciting” said Tony McEvoy.” Dollar is at the top of his game and he was heading up for the 1200m Sydney Stakes anyway, so he’s in tip top shape for the race.”

“What a journey this little horse has taken us on already and hopefully he can climb to the top.”

Dollar For Dollar has had a fantastic prep thus far, finishing runner-up to SA sprinter Behemoth in the Sir Rupert Clarke Stakes, and then runner-up to Zoutori in the Gilgai.

“He’s a similar style of horse to Redzel, he rolls forward and makes his own luck. It worked twice for Redzel, we’d be happy if it worked just once for our boy.

“We were coming to Sydney anyway, now we are racing for a much bigger prize. It’s just incredible.”

Best of luck to our owners who have a very exciting week ahead!