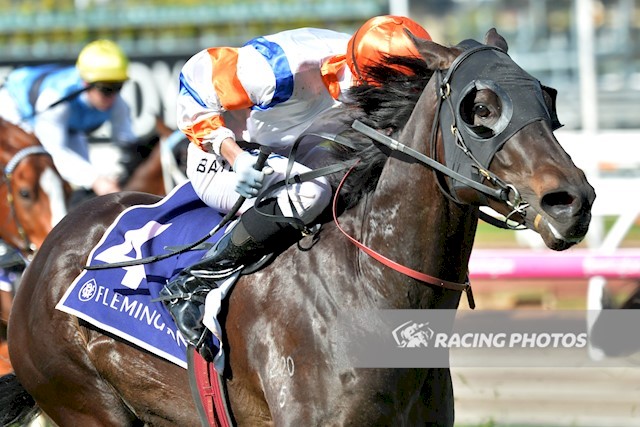 Trainer Tony McEvoy was a happy man when three-year-old Crockett charged home to win at Flemington on Saturday, August 11.

A $21 chance, Crockett, ridden by Regan Bayliss came from near last to score a three-quarter length win in the VRC Member Abigail Bartlett Handicap (1400m) beating O’Tauto ($4 fav) with Muswellbrook ($5.50) a long neck away third.

McEvoy was delighted the gelding had returned to form.

“It is frustrating when you have these horses with ability but don’t produce and tend to go into the wilderness,” McEvoy said.

“So I brought him to Melbourne with a change of scenery and it has worked.

“I told Regan to give him time to balance up but wanted him hitting the line. Regan rode him beautifully and he won strongly.”

McEvoy said he would raise the bar with Crockett but would take his time to work out a program heading into the spring racing.

Bayliss said he had been happy with the tempo of the race.

“I wasn’t unhappy being back in the field and Crockett settled really well,” Bayliss said.

“When I gave him clear air in the home straight he ran through the line strongly.”