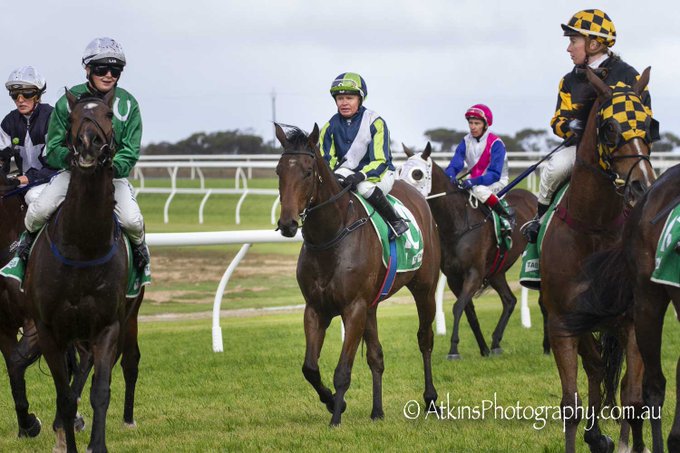 Coolth stamped himself as a galloper of promise with a last to first win at Murray Bridge on Saturday, May 23.

An impressive debut winner at Balaklava on April 29, Coolth was expected to find the Murray Bridge opposition a lot tougher and he was a drifter from $4 out to $8.50 but he proved the punters wrong beating Love From Lucy ($9) with Ourkhani ($21), 1-1/2 lengths away third.

“Taking on the older, more experience horses I thought his task was tougher,” Jordan said.

“He let down like they were nailed to the fence.

“He let down like a Group horse and he’s still raw. It was like he was on a fast three and they were on a heavy eight.

“That was unbelievable,” McEvoy said.

“He’s a big raw horse that did surprise us on debut.

“We thought he went nicely, he’s got a good flowing action but to do what he did the other day and not travel was very good.

“We came her today a bit cautious because he was taking on older tougher horses and he is still like a big tall teenager.

“Barend went back from the wide gate and he’s good a good turn of foot with a big future.

“This was always going to be an educational prep.

“I was hoping he would travel better today but he was still on and off the bridle.

“He’s got an exciting future for good owners, Darren Thomas and his partners so the sky is the limit at the moment.”