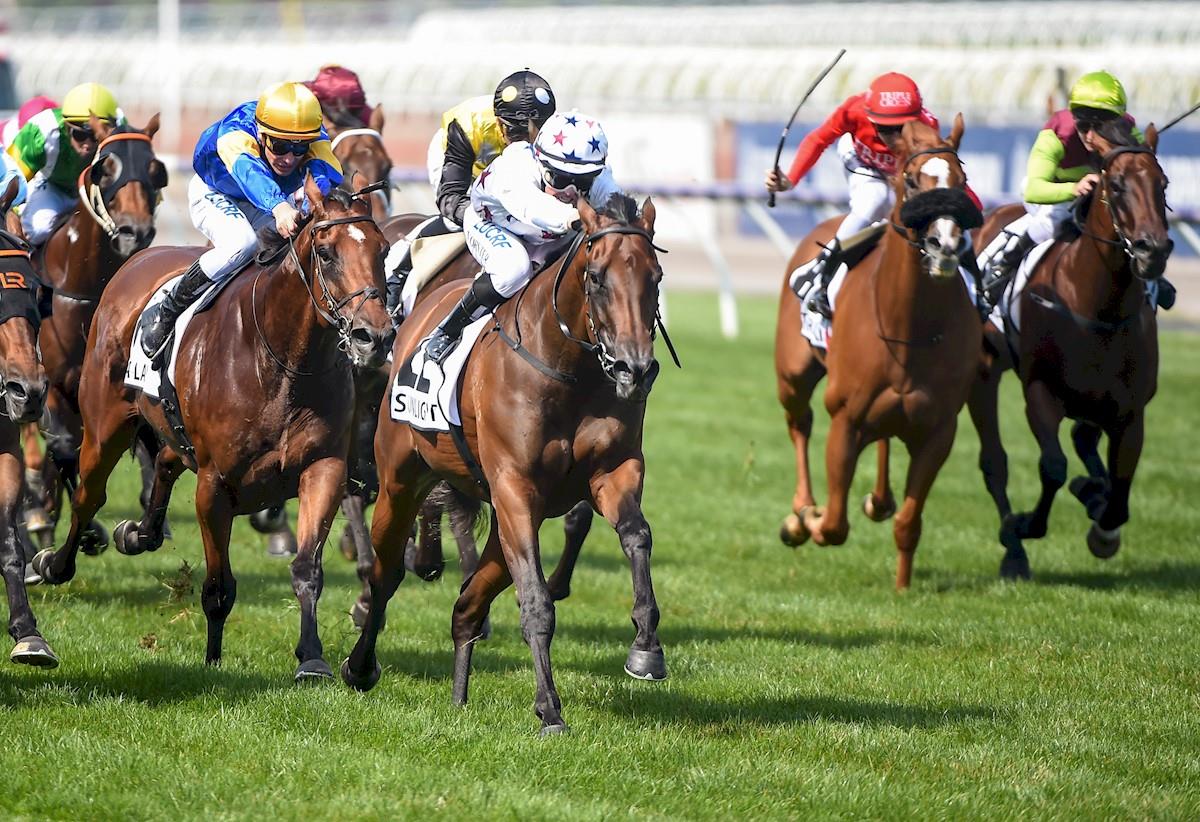 Champion mare Sunlight has been retired and the superstar sprinter will be sold as an elite breeding prospect at the Magic Millions National Broodmare Sale in July.

A triple Group One winner and earner of over $6.5 million, Sunlight has spent the past three racing seasons as one of Australia’s best gallopers and she retires as the most exciting broodmare prospect of 2020.

The four-year-old daughter of Zoustar was crowned the Champion 3YO Filly of Australia for the 2018-19 racing season having consistently raced in the country’s biggest sprint races. In her first season she won three features including the $2 million The Star Gold Coast Magic Millions 2YO Classic and was placed in the Golden Slipper on a wet track.

At three she beat the boys in the Group One Coolmore Stud Stakes before romping away from all-comers in a star studded Group One Newmarket Handicap. She did it again at her next start in the Group One William Reid Stakes at Moonee Valley.

Part owner Robyn Parker said Sunlight had given connections an amazing involvement in racing. “We all agreed retirement was the right option for Sunlight,” Mrs Parker said. “She has given us a lifetime of memories but the decision was made with mixed emotions.” “Her three years of racing has passed in the twinkling of an eye and now we look forward to following her new life as a broodmare.”

Co-trainer Tony McEvoy, who selected Sunlight at the 2017 Gold Coast Yearling Sale for an all female syndicate, said it had been a privilege to train Sunlight. “What a great mare,” McEvoy said. “As a racehorse she had it all – a great attitude, honesty, temperament – but perhaps most importantly a toughness, which you need to be successful in any walk of life.” “She had magnificent soundness which enabled us to travel her around Australia and perform at the top level.” “Sunlight has been a champion mare for McEvoy Mitchell Racing and has continually taken us to the pinnacle of Australian Racing,” McEvoy added.

Sunlight will head to Widden Stud where she will be prepared for July’s Magic Millions National Broodmare Sale, presenting her for sale for the second time having previously sold her as a yearling.

“Sunlight is a true Queen and has been a stunning advertisement for our Champion young sire Zoustar and our farm,” Widden Stud’s Antony Thompson said. Together with David Redvers (Qatar Racing) and Dan Fletcher (Telemon Thoroughbreds) Widden purchased Sunlight’s dam Solar Charged from this sale to breed to Zoustar. “We bred a champion who was a life changer and we are honoured to prepare her for the next chapter of her life,” Thompson added. “She is a foundation mare that screams speed yet oozes quality who I’m sure will leave a legacy at stud.”

Public interest in the sale of Sunlight is expected to be high courtesy of her incredible race record and being a crowd favourite around Australia. “Sunlight performed at the highest level and was recognised as one of the country’s finest sprinters,” Magic Millions Managing Director Barry Bowditch said. “To be able to offer her on behalf of her ownership group is a great honour for Magic Millions. She has been a wonderful ambassador for the company.” “Sunlight would be an absolute standout for any broodmare band in the world,” Bowditch added.